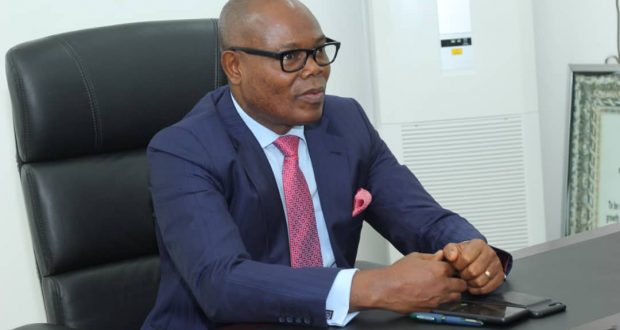 The Commissioner For Economic Development and Ibom Deep Seaport, Hon. Akan Okon has charge journalists in the state not to select their souces of information but should walked with all relevant agencies to balance up their reports, the economic boss handed this down when he played host to journalists recently in his office who where on a coutsey call on him while assuring the people of the state that Udom Emmanuel administration will give priority to all ongoing projects by completing them before the end of his tenure.

Speaking on the progress report on Ibom deep seaport, the commissioner explained that the 95 percent completion as speculated by some quarters is not true, adding that the project is not Akwa Ibom project but Nigeria project and as such needs supports from other corporate entities.

In his words, “Ibom Deep Seaport is not Akwa Ibom State project. It is the project for the world to use. Akwa Ibom State Government is at the last stage of documentation. We have proceeded with Head of Term’s (HOT), and update business case (UBC) is coming any moment from now once Federal Executive Council approved Construction work will commence soon”

“Ibom Deep Seaport is not standing alone also with Ibom Industrial City were all the containers brought to the state will also convey our products to the world. We are going to have a containers bulk terminal, We will want to start with the containers terminal, we should be focus on the positive projects that will change the narrative of Akwa Ibom State” Akan Okon noted.

He further stressed that Bollore who became the preferred bidder for the IDSP is a global port operator with container terminal concessions in Europe, Indian, Asia, African and America, said the will provide world class port services to the doorstep of Akwa Ibom.
The Itu born politician called on Akwa Ibom indigents to be properly trained on Maritime safety to be able to take up responsibilitis once the the project is put forward for business while commending the leader of the group for his team spirit.

The Coordinator of the group, Comrade Patrick Udoma in his remark commended the Commissioner for his supports to governor Udom Emmanuel’s giant strides. Noting that, his roles as one of the key player in the completion agenda for the governor to succeed has proven his competence and experience in governance.

Mr. Manasseh Umoette, the public relations officer of federal polytechnic Ukana in Essin Udim appreciated the Commissioner for his open door policy and Economic viability of the state to better the lots of Akwa ibombite and open the state for investors.