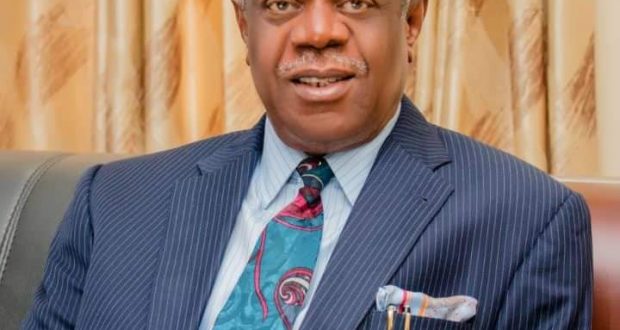 More than two weeks ago, we celebrated the life of Idongesit Akwa Ibom, a man dear to our hearts. The First indigenous military Governor of Akwa Ibom State, His Excellency, Air Commodore Otuekong Idongesit Okon Nkanga OFR (rtd.). Though we were not ready to say goodbye, we saw God’s timing in it all. To everything there is a season, a time to every purpose under the heavens; a time to born and time to die (Ecclesiates 3:1-2). We thank the Lord for the 68 years of life well spent.

To our first family, the Executive Governor of Akwa Ibom State, His Excellency, Mr. Udom Emmanuel and his dear wife, Dr. Martha Udom Emmanuel, who stood by us in all ramifications till the end to give our iconic leader a befitting transition, may God honour you.

I am thankful to the Qua Iboe Church (founded in 1887) in general, and all the pastors and spiritual fathers as well as the entire body of Christ for your spiritual guidance and prayers during this period.

Special thanks to the Executive Governor of Bayelsa State, Senator Douye Diri, who identified with us. May God bless you sir.

We are grateful to the Deputy Governor of Akwa Ibom State, His Excellency, Mr. Moses Ekpo MFR, the Speaker Rt. Hon. Aniekan Bassey and members of the State House of Assembly, the Chief Judge, His Lordship Justice Godwin Abraham, Head of Service, Elder Effiong Essien and indeed the entire Government of Akwa Ibom State for their support and encouragement to make these obsequies a success.

To the Nigerian Air Force, the Ministry of Defence, Chief of Air Staff, the immediate past Chief of Air Staff and all other Heads of security organisations for their encouragement and support, we say thank you.

Thank you for thinking of our family during this period of grief.
Thank you so much for the prayers, condolences and support. We truly appreciate your warm words of comfort.

The funeral of our hero has come and gone. To God Only be all the glory.