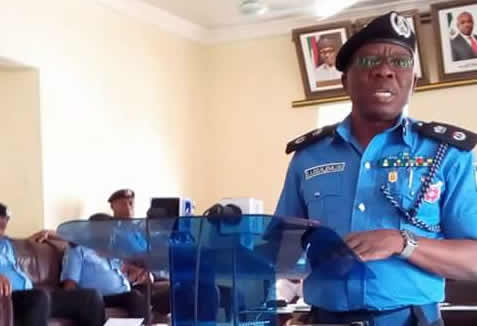 Cp orders the immediate deployment Of special forces to Eket.

The Commissioner of Police, Akwa Ibom State, CP Adeyemi Samuel Ogunjemilusi, mni has ordered the immediate deployment of special forces from the State Criminal Investigation Department (CID) to Eket to unravel the circumstances that led to the murder of a Corp member and apprehend the culprits. The incident was reported to the Police on 7th January, 2018 at about 2300hrs. The 27 years old NYSC member attached to a Public School at Nung Obong in Nsit Ubium Local Government Area was attacked in front of a lock-up shop at Akanimo street, Eket, Eket Local Government Area. The deceased was hanging out with other youth Corp members whom he visited when he was attacked. According to an eye witness, the murder was carried out by unknown assailants on motorcycle, who opened fire at the deceased person. Security has been beefed up in and around Eket with intensive 24 hours patrols emplaced. The Commissioner of Police has visited the scene to have an on-the-spot assessment of the incident; and assured the people, especially the NYSC family that the perpetrators of this dastardly act will be apprehended to face the full wrath of the Law.

Akwa Ibom State Police Command wishes to remind road users that it is an offence for anyone to use or authorize the use of unregistered vehicles or vehicles with covered/concealed registration number for whatever reason.
The Command has therefore embarked on a massive enforcement of the Laws prohibiting the use of unregistered vehicles and vehicles with covered plate numbers. Violators will be apprehended and prosecuted accordingly.
DSP BALA ELKANA
POLICE PUBLIC RELATIONS OFFICER,
AKWA IBOM STATE.
08084667722
2018-01-09
dozzier