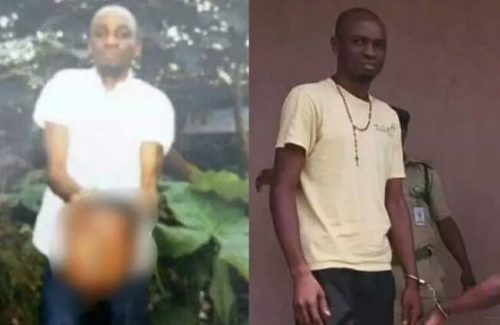 Court to inspect scene where Uyo barber was murdered

A high court in Uyo has sentenced a 35-year-old murder suspect, Stephen Anona, to death by hanging for killing his friend.

A man who murdered his friend and cut him into small bits for disposal has been sentenced to death by hanging.

Stephen Anona was sentenced this morning by the Akwa Ibom State High Court sitting in Uyo over the death of Daniel Bassey Solomon three years ago.

Daniel, an Uyo-based barber, allegedly owed Stephen a debt of N750,000 which he was reluctant to pay. Stephen Anona then lured his victim into his rented one-room apartment on Itu Road, Uyo, on July 28, 2015, and gave him food to eat. Unknown to Daniel, a susbtance was put in the food and he fell into a deep sleep afterwards.

Stephen then used a sharp machete and cut off Daniel’s head, legs, hands and abdomen, and carefully packed them into different bags which he secretly dumped in gutters and other places.

Stephen Anona was initially charged to the magistrate’s court from where he was remanded in Uyo Prison before the case was transferred to the High court.