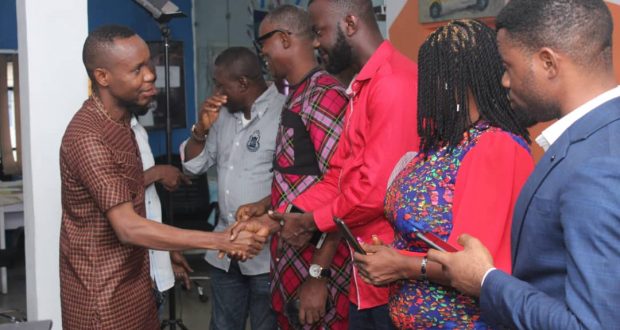 The General Assembly of the Coalition of Online Publishers in Akwa Ibom State (COOPA) was held on Saturday, July 20, 2019 at the RootHub, Uyo, Akwa Ibom State.

Chaired by the Chancellor, Mr Ifreke Nseowo, the meeting had in attendance existing and intending members who witnessed the Swearing-In of the first executive council and management committee of the association, led by Deputy Chancellor, Aniekan Ekah poised to chart a course for the association.

Other issues deliberated upon on the floor of the house were Membership Registration and a New Media Symposium planned for September 2019.

The house received in audience aspirants for different offices to the state exco of the NUJ in the August 2 election.

The Chancellor charged them to bring their expertise as pioneer exco members to draw a blue print and assist the group to forge ahead as the apex body of new media practitioners in the state.