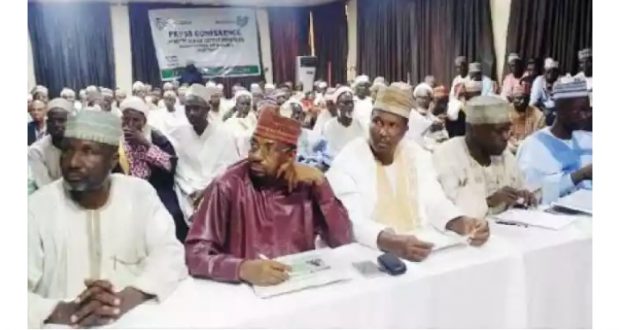 Call your members to order, we can’t be friends with armed herders, CAN tells Miyetti Allah

ABUJA – Christian Association of Nigeria, CAN, has urged Miyetti Allah Cattle Breeders Association (MACBAN) to call its members accused of brutal killings and other crimes to order, saying their actions are creating enmity for the Fulani ethnic group.

CAN President, Revd Samson Ayokunle made the call in Abuja at a press briefing on the State of the Nation on Thursday night.

Ayokunle, who noted that the last three years had been tough in terms of insecurity, also urged the Federal Government to treat the letter by former President Olusegun Obasanjo with seriousness because of the issues raised in it.

He said, “The last three years have been fierce in terms of insecurity that our members have to face all over the country, many churches were affected, up till now. The newly elected Vice President of CAN, Revd Caleb Ahima, up till now, cannot travel out of the place where he is serving without military cover because of terrible insecurity.

“We have told MACBAN if they want to give themselves credibility, they should call their members who are violent to order, because nobody hates the Fulani until the armed herders began to kill everybody.

“So, if there is any enemy against the Fulani man, he created the enemy for himself. They have been living with us for many years in our communities; our children married them and they also married our children. But, when they became too violent and started carrying AK47 rifles and killing people.

“What type of play is that? that’s a dangerous play. We can no longer think we are friends with that type of play it’s too dangerous. So, let them call their people to order and ensure that they will remove the enmity they have created around an average Fulani person.”

He added, however, that CAN has made giant strides in dousing the tension that has pervaded Nigeria’s ethno-religious landscape through regular meeting with Muslim leaders in the Nigerian Interreligious Council (NIREC)

On Obasanjo’s letter, he said: “CAN is interested in the former President’s letter being treated with all sense of responsibility and accountability as a country because of the issues raised in it.

“We think the aim of the writer is to call the attention of the nation to things that are capable of setting fire on the nation. We think that every Nigerian has a right, as a part of this society, if he or she sees something that will threaten the peace of this nation to bring it up and let it be treated and given the attention it needs.”

On the allegation of rape leveled against Senior Pastor of Commonwealth of Zion Assembly (COZA), Ayokunle said: “Our position is that the allegation no matter how bad it may be remains at allegation level until it is properly investigated and we have a truth to hold onto.

“However, we have given the right to Pentecostal Fellowship of Nigeria (PFN) to investigate the matter, because we don’t deal with individual churches, we deal with blocs.”

On the 2019 elections, CAN President noted that the 2019 general elections were not free and fair in all parts of the country, adding that the outcome of the polls especially in rural areas failed to reflect the wishes of the people

He stated that the Church had submitted its report on the election to the Independent National Electoral Commission, INEC, following the findings of its over 1,048 election monitors and observers.