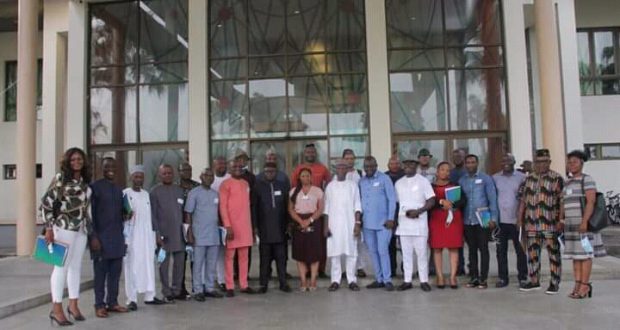 The Speaker Cross River state House of Assembly Rt. Hon Eteng Williams said the role of the Legislature and Executive arms of government has helped to nurture and sustain a viable democratic culture in the country.

Hon. Williams made the remark in Uyo, the Akwa Ibom state capital when he led members of the Cross River State House of Assembly who were in the state on a two day capacity building retreat.

He expressed delight at the emergence of a new trend of leaders who are passionately committed to the peaceful co – existence of the country without being influenced by religious or ethnic affiliation and particularly commended the peaceful ambiences in Akwa Ibom state courtesy of Governor Udom Emmanuel’s leadership.

The workshop, he noted has afforded the law makers opportunity to brainstorm on their Legislative responsibilities with a view to breaking new grounds in their engagements.

“In legislative business training is key to superior performance, so that is why we are here to enhance on effective capacity building retreat in order to give our constitutes the best legislative practice that would touch the lives of all Cross Riverian.”

The speaker declared that the cordiality existing among the lawmakers irrespective of their political platforms has enhanced smooth governance and enable other arms of government to function without hitches in the implementation of programmes for the benefit of the citizens.

However he called on people to learn from the global economic recession and evolve prudent management of available resources by laying a solid economic foundation that would sustain the nation and reduce tension in the country for sustainable development. He described the retreat as a step towards building a strong cooperation in governance and unity of the country

He further expressed appreciation to Governor Emmanuel for accommodating them throughout the period of the retreat, commanded excellent infrastructure witnessed across the state while describing Akwa Ibom as an outstanding state in the country with legislative harmony.

Hon. Williams, a third team lawmaker, who represents Yakurr 2 State Constituency in Cross River State expressed delight at the hospitality and the peaceful ambience enjoyed throughout their stay in the state noting that it was their first retreat in the south- south region of the country.

The lawmakers at the workshop brainstormed extensively on constitutional powers, privileges and immunities of the Legislators, technics for effective oversight, public and investigative hearing, as well as legislative antonymy among others.

The capacity building retreat, held at Ibom Icon Hotels and Golf Resort, was organized by Konrad Adenauer stiftung in collaboration with the National Institute for Legislative and Democratic studies ( NILDS).