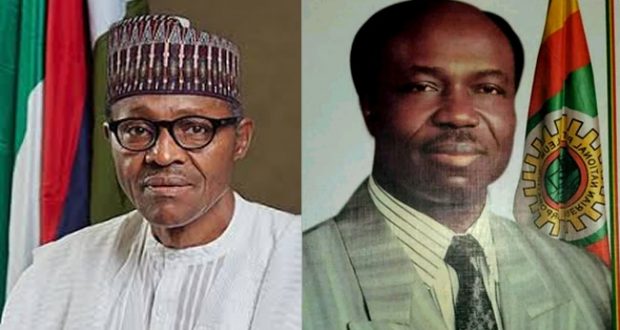 Dr. John, a former Group Managing Director of the NNPC, is before the appointment, a member of the NNPC governing board.
He will hold the position of the acting alternate chairman of the governing board until a new minister of petroleum resources or minister of state for petroleum resources is appointed to assume the chairmanship or alternate chairmanship position, respectively in line with Sections 1(3) and 2(1) of the NNPC Act.
A statement sent indicates that the new appointment takes effect, immediately.
The appointment is coming few days after President Buhari appointed Mr. Mele Kolo Kyari as the new Group Managing Director

A statement by the NNPC spokesman, Mr. Ndu Ughamadu, confirms that President Buhari also appointed alongside Kyari, seven new chief operating officers.
According to the statement, President Buhari has directed that the new GMD and the newly appointed chief operating officers work with the current occupiers of the various offices till Sunday, July 7 towards a smooth transition on Monday, July 8 when their appointments would take effect to ensure a smooth transition.

Previous: Nigeria on the verge of bankruptcy — Emir Sanusi
Next: Akparawa Aniefiok Wilson Iwaudofia In The Dock