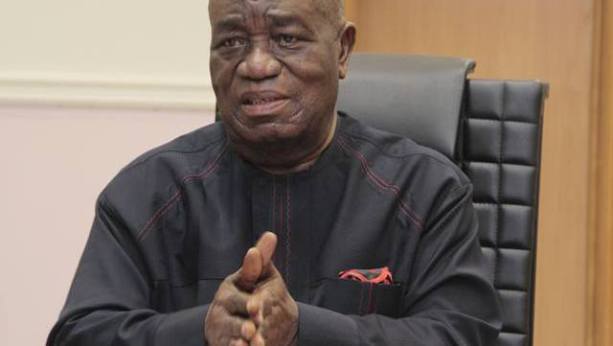 The demarcation of boundaries between the coastal communities of Oku Iboku in Akwa Ibom and Ikot Offiong in Cross River will begin from November 11 to December 10.

Over the years, the two contending communities have been embroiled in boundary crisis that has led to loss of several lives and properties worth millions of Naira.

The decision was reached at a joint meeting of the Deputy Governor of Akwa Ibom, Mr. Moses Ekpo, his Cross River counterpart, Prof. Ivara Esu and the Acting Director-General of the National Boundary Commission, NBC, Mr. Adamu Adaji, in Uyo on Thursday.

Ivara Esu
In a communiqué issued at the end of the meeting, the parties requested the Office of Surveyor-General of the Federation to award the contract for the emplacement of boundary pillars immediately after the identification of the point.

The communiqué was signed by the two deputy governors and the acting director-general of NBC.

“The field exercise for the formal demarcation of the troubled border shall commence from Nov. 11 to Dec. 10 after a Technical Committee meeting by the surveyors-general of the two states.

“The two states are to provide their respective contingents on the field team, the necessary logistics to ensure a hitch-free exercise,” the meeting agreed.

Earlier, Ekpo had expressed displeasure over the delay of work by the Federal Government to carry out the demarcation and said that the delay had contributed to the hostilities in the communities.

Ekpo appealed to the Federal Government to embark on visible development of the area by establishing a viable fishing industry and a military base to create a functional buffer for the demarcated area.

He reiterated the need for the Federal Government to expedite action on the construction of the Calabar–Itu Highway.

His Cross River counterpart, Esu, decried the poor state of the Calabar–Itu highway.

Esu said that the delay in the demarcation had adversely affected the bond of relationship that existed between the two states.

The deputy governor added that insecurity had been heightened in the area due to mutual distrust between the communities.

He appealed to NBC and the Office of the Surveyor-General of the Federation to expedite action to end the crisis.