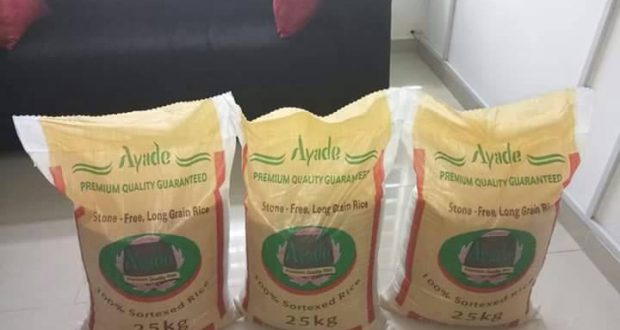 The party in a statement signed by its state publicity secretary, Mr. Mens Ikpeme also accused the state of smuggling rice into the state which it uses to deceive the citizenry that it is products from the said rice village.

“Governor Ayade is a perpetual fraudster; he acquired a large expanse of land at Ogoja, named it “RICE VILLAGE.”

“A fraudulent fake Rice Factory in the State powered through smuggled Rice from neighboring countries is his newest fraudulent act. Using same landed property as a facade to re-bag and rebrand smuggled rice named after himself to deceive the entire people of the State,” read the statement which also alleged that several trucks were impounded by the Nigerian Customs Service.

“His several trucks with thousands of bags of rice smuggled into the State was apprehended and impounded by the Nigerian Custom and Excise, this is a commodity banned by the Federal Government of Nigeria. Governor Ayade’s Government in smuggling bags of rice is the height of fraud in the nation and this leaves a sour taste in the mouth of the public,” the statement read.

These, according to the statement include: “His idea of dredging Calabar Sea Port, still fresh in our minds was an alarming fraud. His claim to have financiers who were ready to invest 500 million Euros for same purpose was a lie of the decade.

“His construction of tailoring shop in a warehouse owned by him and naming same a garment factory owned by the State can send him to jail for life. He claims to transport equipment for the tailoring shop estimated at several millions of Naira which arrived at Apapa Port to be transported to Calabar is a sore point on the State (Calabar has an international Seaport, why birth at Apapa if it was genuine?).

“His fraudulent and controversial 260km superhighway; Governor Ayade hardheartedly threw away more than 200,000 indigenous people from their homes of origin, damaging the largest bio-diversity forest in the world that serves as homes to Cross River gorilla, Nigerian chimpanzee, drill monkeys, 2000 plant species of which 400 are endangered, medicinal plants and orchids. This forest provides tourism value with resulting revenue of more than 8 million Dollars a year to Cross River State, he is rather stealing and logging their timber trees.

“Governor Ben Ayade has openly misappropriated billions of Nigeria in funds for ‘The Nations Network For Support Of Food, Agriculture And Rural Development To Eradicate Hunger And Poverty;’ A scheme introduced by the Federal Government to enable farmers exploit the untapped potentials of the State’s Agricultural sector to reduce inflation, lower the cost of Agricultural production (food items) generate surplus for export, increase foreign earnings as well as diversify the State’s revenue base. Billions of naira in respect of the above scheme has been received by Cross River State Government, but no account has been given nor farmers enjoy this benefits. Rather, these monies are credited into one Mr. Frank’s account, his blood brother.

“His claim to open new cities in Cross River State was a naked lie.

“His anonymous 71 Tender Bids documentations for the purported super highway and Deep seaport is missing in the State’s records.

The party alleged that Mr. Ayade “forced” his way into power and his governance style has seen the masses experience what it referred to as: “A catalogue of misdirection and disorientation mission shaping up the relics of totalitarianism in all its expressions; massive fraud, massive poverty, pervasive corruption, consanguinity of rouged leadership, infringement of people’s rights and grossed tinkering of basic tenets.”

Also, the party which then tagged the administration as: “Governor Ben Ayade And Forty Thieves,” called on members of the People’s Democratic Party to; “Hurry and leave the sinking ship (PDP) and join hands with the APC to build a prosperous Cross River State.”

Previous: 2019, Not Comparable To Human Lives, Sani Tells Buhari
Next: We Are Not Aware If Enyimba Will Use Calabar Stadium – Cross River Government