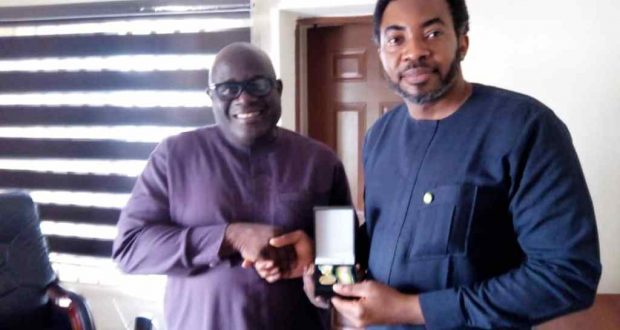 The African Union (AU) has conferred a medal of honour on a Nigerian doctor, Aniekeme Uwah, for his role in the fight against the deadly Ebola virus in Liberia.
The AU head of mission in Nigeria, Joshua Obasanya, presented the medal to Mr Uwah in Abuja, May 24.
Mr Uwah, an epidemiologist, works in the ministry of health in Akwa Ibom State, South-South Nigeria.
He was among a few doctors with a requisite knowledge in public health and epidemiology recruited as volunteers by the AU in 2014 to help in the containment of the Ebola outbreak in West Africa.
Mr Uwah spent six months in Liberia.
Ebola is a rare but severe and often fatal human illness. Its virus is transmitted to human from wild animal and spread in the human population through human-to-human transmission, according to the World Health Organisation (WHO).
The Ebola epidemic, which occurred in Liberia from 2014 to 2015, grounded economic and social activities in the West African country with a population of 4.7 million.
Liberia had “the highest number of deaths in the largest, longest, and most complex outbreak since Ebola first emerged in 1976”, the WHO said.
Here is how WHO described the situation in the country during the Ebola epidemic: “During those two months, the capital city Monrovia was the setting for some of the most tragic scenes from West Africa’s outbreak: gates locked at overflowing treatment centres, patients dying on the hospital grounds, and bodies that were sometimes not collected for days.
“Flights were cancelled. Fuel and food ran low. Schools, businesses, borders, markets, and most health facilities were closed. Fear and uncertainty about the future, for families, communities, and the country and its economy, dominated the national mood.
“Though the capital city was hardest hit, every one of Liberia’s 15 counties eventually reported cases. At one point, virtually no treatment beds for Ebola patients were available anywhere in the country.
“With infectious cases and corpses remaining in homes and communities, almost guaranteeing further infections, some expressed concern that the virus might become endemic in Liberia, adding another – and especially severe – permanent threat to health.”
WHO declared Liberia Ebola-free on May 9, 2015, after the Liberian government, local and international health organisations, and volunteers like Mr Uwah were able to contain the transmission of the virus.
Mr Uwah, a former chairman of the Nigerian Medical Association (NMA), Akwa Ibom State, told PREMIUM TIMES he was initially scared of going to Liberia because of the reports of numerous deaths from Ebola.
He said he later asked himself who else would go to Liberia to do the job if he as a trained medical personnel refused to.
“When we got to Liberia, we were trained first for about three weeks on infection prevention and control before we got into the field to start working.
“So, that’s what really helped, because prior to us going there the responders were not really well-trained on infection prevention and control. That is why health workers were dying.
“It was quite challenging, but we thank God we were able to bring the outbreak under control.”
Mr Uwah advised African countries to learn a lesson from the Ebola epidemic, and begin now to strengthen their surveillance system for early detection and containment of disease outbreak.
“The medal of honour means so much to me. I value it so much because coming four years after I left Liberia, it goes to show that my contribution to the containment of Ebola has been appreciated,” he said.
By Cletus Ukpong 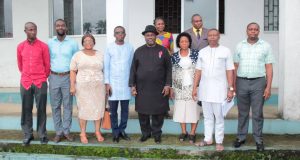 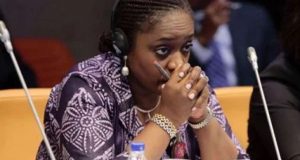