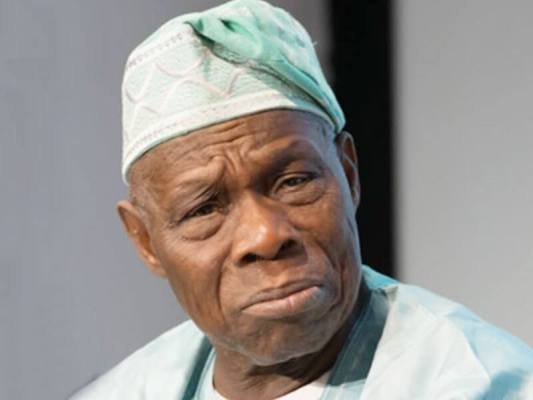 At the end of the day, Obasanjo was right

Buhari’s administration has laid to bare what had been in the minds of millions of Nigerians, and appears to justify the belief that a secret agenda is in effect.

How is this not tyranny? Nigerians are left to wonder why Fulani are so privileged and empowered simply because their son is on the seat of power. A day hardly goes by without Fulani making the headlines and mostly for the wrong reasons.

While this is not unusual and unique to Buhari’s administration, there’s however, an obvious distinction considering how aggressive the Fulanis have become, not in developing their own region, but longing after lands belonging to other ethnicities.

The clashes between herdsmen and locals since Buhari came to power has gone through the roof. The funny thing in the whole Saga is that the Fulani tribe come out unscathed as though they are masters of all. There has been numerous cases of herdsmen razing villages at will leaving nothing but smoke and blood behind without being brought to justice.

The lack of urgency on the part of government to call the fulani militias to order has raise eyebrows and seem to justify the claims that a secret jihad is ongoing in the country. It’s about domination isn’t it? So we’ve come full circle after all we’ve been made to believe that Nigeria is one united and indivisible entity? Who would blame pa Obasanjo for saying Nigeria has never been this divided since the Civil War?

It doesn’t matter what Nigerians are made to believe. At least, Buhari has saved Nigerians the burden of living in the lies that held us together since 1914. His administration was so desperate that it failed to follow the slowly but surely approached of actualizing the ultimate goal of dominating the country by powers from the north. If only he had been wiser in his approach, perhaps a lot of Nigerians from the south would still live in the estate built on lies believing all is well.

But the bubble has bursted! And the south is on high alert and suspicious of every move made by powers from the north. So, it obviously doesn’t come as a surprise that the latest attempt by Buhari’s kinsmen to infiltrate the south through vicious schemes in the form of vigilante outfit in the South East and the now trending Ruga Settlement, is vehemently rejected by Southern leaders even by folks from the Southwest.

The direction the Buhari government is taking Nigeria obviously doesn’t bode well for the unity of the country laying to bare what had been in the minds of millions that Nigeria is by no means, a united nation.

Southern leaders deserve commendation for rejecting schemes by Fulanis to infiltrate the south. We all know what’s going on in the MiddleBelt which as at today, has become a battle ground between locals and intruders who feel every inch of land in the country now belongs to them.

If at all there’s hope left for the unity of Nigeria as a nation, it is not in the hands of the current government.

Previous: 26 Standing Committees Of Seventh Assembly: Chairmen, Deputy Chairmen And Members Of Various Committees
Next: Best Decision Pastor Biodun You Will Come Back A Stronger Man