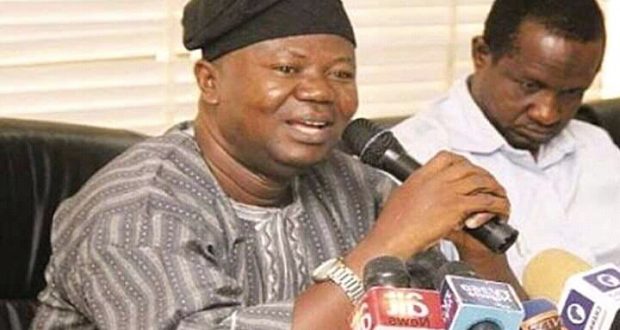 As the Academic Staff Union of Universities(ASUU) strike continues, the National Leadership of ASUU has warned university lecturers against holding online classes.

The leadership, who reiterated that the ongoing strike is total, comprehensive and indefinite, sternly cautioned its members against breaking the strike through online interactive modes, virtual meetings and teachings.

The National President of ASUU, Prof. Biodun Ogunyemi, in a release dated 14th May, 2020, said, “Some overzealous Vice-Chancellors were making efforts, despite the COVID-19 conundrum, to reopen the universities until they were warned by the NUC last week.

“We should resist moves to break the strike through submission of lecture notes, online interactive modes, virtual meetings etc. Attacks by Vice-Chancellors, Governing Councils and other government agents are not new.
What we need to put them in check is a united front on each campus. So, let’s remain resolute.

“Remember, the strike is total, comprehensive and indefinite. There shall be no student screenings, no teaching in any programme, no attandance of statutory meetings( Council, Senate, Congregation, Boards), no examination of any sort, no convocation, no inaugural lectures, no accreditation exercise, etc.”

Addressing the issues bordering on the payment of members’ February and March 2020 salaries by the Federal Government, Ogunyemi disclosed that the payments were laden with irregularities.

He explained some of these irregularities included: omission of names of members, extraneous deductions in members’ salaries and non-remittance of deductions.

The release read in part, “Agents of Government under the pretext of carrying out the directives of Mr President, have now paid distorted February and March 2020 salaries through the IPPIS platform in many Federal Universities. This is a platform our Union has vehemently rejected. and we shall continue to reject.

“PPIS is alien to the workings of the university system. Therefore, we were not surprised that the
paid salaries were fraught with irregularities – omission of names, extraneous deductions, non-remittance of deductions, non-accommodation of academics on sabbatical and study leaves, sudden termination of contract appointments, etc. ASUU members suffered substantial cut in salaries and in seven universities, none of our members were paid a kobo! This is totally unacceptable .

“The National Leadership will leave no stone unturned to redress all the injustices associated with
the payment of the withheld February and March 2020 salaries. You shall be kept posted.

“Meanwhile, let’s all remember that dispute over IPPIS was not the main issue over wh ich the Union
declared the current industrial action. Government introduced matters of salary seizure and IPPIS
enrolment to divert attention from its failure to meaningfully address our demands for revitalisation fund, earned academic allowances, visitation to universities, funding and governance issues in state universities, and conclusion of the renegotiation of the 2009 FGN-ASUU agreement.

“The current struggle would be far from being over even if government accepted UTAS and settled
alI salary matters without satisfactorily addressing outstanding issues in the 7th February 20 19 FGN-ASUU Memorandum of Action (MoA). So, let’s be fully prepared for the real battle ahead .

“The distortions in the payment of February and March 2020 salaries could be a device of
government agents to cause division and disaffection among our ranks. Do not give in,” the release read in part.

On its contribution to the fight against coronavirus disease, the ASUU Boss assured that the National Leadership of ASUU is exploring ways of deepening its intervention towards the prevention and control of community transmission of COVID-19.

He commended members for their commitment to the success of the struggle for the upliftment of the Nigerian University System.

Previous: A Deliberate and Calculated Blackmail Against a Diligent Police Officer
Next: PRESS RELEASE