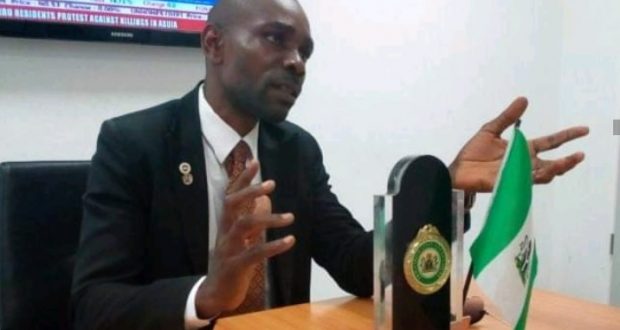 Who were they and where are they now?

Who were those Akwa Ibom sons and daughters who took to every available platform on the work wide web (www) to discredit the Akwa Ibom state Government over the the decision to float a commercial airline.

They castigated and maliciously maligned the Udom Emmanuel administration in the name of malicious politicking!

They said it can never happen! Perhaps they drew reference from the recession occasioned by the inability of the leadership at the center run by members of the very political lining they belong!

Perhaps too they must have drawn references from the failure of these same set of individuals running the Federal Government who spent millions in hard currency to set up a National carrier but ended only with a logo launched in UK ??!

Where are those Akwa Ibom sons and daughters who even after seeing the Planes arriving ? the Victor Attah International Airport said it was a scam!
While the aircrafts berthed at the Airport awaiting the completion of routine procedures by Federal regulatory agencies these nay sayers called it scam. Others said the purchase was a cover up as looted funds were used to buy the planes by the state Government to avoid being probed by anti graft agencies.

Every attempt to enlighten them and put the records in right perspective resulted in my being tagged a political journalist paid by Udom Emmanuel to lie to Akwa Ibom people.

Little did they know that they were shooting themselves on the foot.

Two weeks before the eventual take off of commercial flight operations of Ibom Air, it’s cabin stands and offices in Lagos, Abuja and Uyo Airports where being put in place!

Meanwhile key staff like the cabin crew, ground staff and the other operational staff were gradually recruited and engaged after public invitations were made for suitably qualified personnel.

Where were the nay sayers when all these were going on! I recall, all these were happening at the period close the the height of politicking ahead of the 2019 General Election. It was an era which created a platform most Veritable for these nay sayers whom I choose to ply their trade, malicious criticism!

Once again I ask, “where are they now that Ibom Air is flying ✈ commercial?

Some of these very malicious critics and nay sayers ‘Nicodemusly’ by ‘night’ came up to apply for jobs in the very Ibom Air they called scam! Of course as you read this a couple of the are presently in the employ of Ibom Air!

As Ibom Air takes off commercially with flights from Uyo-Abuja /Lagos-Abuja and Uyo-Lagos, I won’t be surprised seeing some of these nay sayers, malicious and anti development critics will buy tickets for N 15k and jump on board the very airline they condemned. They even extended their castigating and insults to the initiator in the person of the state Governor!

But today has he not been vindicated?

Where are the accusers?

For me the only counsel I have here is to caution Akwa Ibom people, particularly those of opposition political party linings to always put Akwa Ibom first as they put out their criticisms and ensure that their criticisms are constructive and we’ll meaning and not intended to be malicious or aimed at destroying our state or its leaders!

Anything contrary would be destroy our state!

Don’t forget we’ve no other states to call our own but Akwa Ibom.
Lets work together to build it!

Posterity will congratulate and reward us all for doing the right thing!