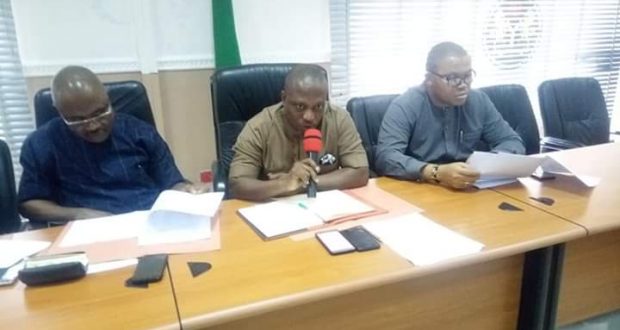 Hon Odudo made the recommendation today 1st August, 2019 at the commencement of 2019 budget evaluation by the Committee at the Akwa Ibom State House of Assembly Complex, Udo Udoma Avenue, Uyo.

He equally praised the Accountant General for timely publication of Akwa Ibom State Government Accounts and appealed to him to ensure that the 2018 accounts are also published on time. Speaking, the Accountant General told the Committee that out of the 50.72 billion Naira approved expenditure for 2019, his office has been able to secure the release of 290, million Naira, representing 0.6 percent of the total amount.

Pastor Andrew- Essien also intimated the House that the total revenue generated between January to June 2019 in the State stands at 120.8 million Naira against 329 billion Naira proposed revenue for the year expressing the optimism that the revenue profile will increase in the remaining part of the year. The Accountant General said to ensure effective and efficient management of the State financial resources, the office has budgeted the sum of 51.3 billion naira for 2020 financial year, noting that the said amount would aid in the delivery of Governor Udom Emmanuel’ s mandate of industrialization.