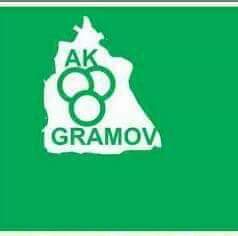 A social political organisation in the State, Akwa lbom Grassroots Movement For Good Governance (AK-GRAMOV) has congratulates their Grand patron and Performing Governor of Akwa lbom State Mr. Udom Gabriel Emmanuel on his resounding victory at the court of Appeal sitting in Calabar the Cross River State capital recently.

In a congratulatory message sent to the State Chief Executive by the group through the International President Mr Edima Martins (JP) on behalf of the Leadership and Members of the group at home and in diaspora, described the victory as long awaited expectations of the great people of the State and a reflection of the will of God for the mandate collectively given to the Governor by Akwa Ibom People.

Martins, a member of divine Mandate Campaign organisation and National Observer 2018 PDP Special National Convention in Port Harcourt appreciate the court of appeals for the verdict and added that judiciary been the last hope of a common man had been proven in the case of Akwa lbom.

The group called for understanding and cooperation of the APC family beyond party line as the Governor remain that of the State. The group also assured Akwa lbom people that the Governor’s victory will further bring more productive progress and development to the State even as we collectively hold the government a duty of praying fervently for the Leaders.

Similarly, the group has felicitates with the First Lady of the State and Mother of the group Her Excellency Dr. Mrs Martha Udom Emmanuel on her recent conferment of the Grand Amazon Award by National Association of Women Journalist ( NAWOJ) on her.

The event which took place at Radio House Garki, Abuja the Nation capital, had in attendance eminent personalities from all walks of life, shows that activities of the mother of the State has really speaks volumes across boundaries and have proven that she’s indeed a Leading Light in women folk in the country and more of such recognitions is fast approaching courtesy of her Legacies and love for humanity.

Martins thanked the leadership of NAWOJ in Nigeria for recognising the first Lady’s commitment to the society and her induction into the Hall of Fame while praying God to sustained the First Family and make their administration more rewarding to all citizens.