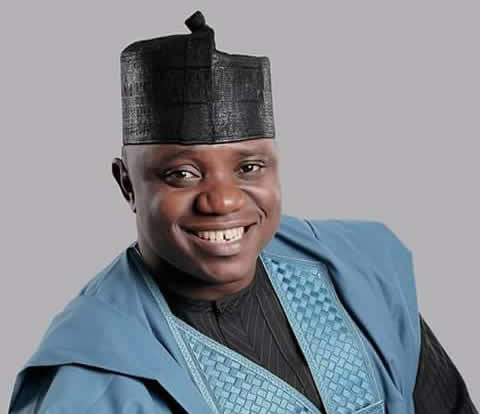 By Mbosowo Essien
The Ibesikpo Asutan State Constituency lawmaker in the Akwa Ibom State House of Assembly, Rt. Hon.(Elder)Aniekan Uko has again reinstated his earnest resolve to build a befitting edifice that will serve as “Assan Ibesikpo” where the late Ibibio legend Chief Efiong Okon Eyo(a.k.a EYO UYO) will be immortalized.
According to the Ibesikpo Asutan Assemblyman, ” Eyo Uyo deserves recognition for his martyrdom and public-spiritedness and for being the man of history that he was”. He added, “we need in our land, more men and women who will stand up to defend their beliefs, and whose example will further enrich our democracy”. After very careful consideration, the lawmaker assured he will liaise with the Clan Head in Council, Nsobom Nsidebe Etuk, traditional institution and other stakeholders the honour of Chief Eyo which he maintained will be an accomplishments for his heroism Elder Uko dropped the hint during his new year parley with party faithful and stakeholders who adopted him for second term in his resident over the weekend.
It will be recalled that the cerebral lawmaker had raised as part of his contribution in the house sitting of September 2017 to appraise ‘Akwa Ibom at 30’ that the State government should as a matter of fact and urgency celebrate the founding fathers who had given their all to take Akwa Ibom to its present status by bringing back their memories to the future generations.
Briefing further on the proposed gesture,the Ibesikpo Asutan mouthpiece regretted the absence of Asan in Ibesikpo till date but, however, assured that he is poised to make the dream come true before the expiration of this dispensation.
“I wouldn’t want to believe that the non sighting of Asan in Ibesikpo is an oversight, but I want to believe is just to confirm the assertion that government is a continuum.
“By the special grace of God by my side, that building should be completed and delivered before the present dispensation elapse with a stature of the late Ibibio legend who gave his all for the present Akwa Ibom we all are now enjoying.
“Like I voiced out during the appraisal house sitting to mark Akwa Ibom at 30 last year, we should not sweep under the carpet the great contributions of Eyo Uyo.
“Take it or leave it,as far as Ibibio race by extension, Akwa Ibom is concerned,he was a gallant fighter and great achiever, so his spirit should be resurrected,hence my desire to bring back his memories to Akwa Ibom consciousness” the lawmaker maintained.
The rules and business committee chair,urged the party faithful to embibe the spirit of appreciating excellence, no matter whose ox is gored.
“This is what we should do. And we must. As a starting point, we must draw strength from our history and work to ensure that the labour of our heroes past is not in vain.
Obong Effiong Okon Eyo (Eyo Uyo) The Obong Ikpaisong Ibibio Ye Annang. The Man who started the fight for a creation of first COR STATE(Calabar-Ogaoja-Rivers State), Mainland State and Finally on his dead birth prophesied that we will have a State to known, called and addressed as Akwa Abasi Ibom State”.
2018-01-09
dozzier

Previous: Those Who Worked For Buhari’s Victory In 2015 Are Now Wretched –  Unagha
Next: Killer Herdsmen and Akpabio’s scathing message