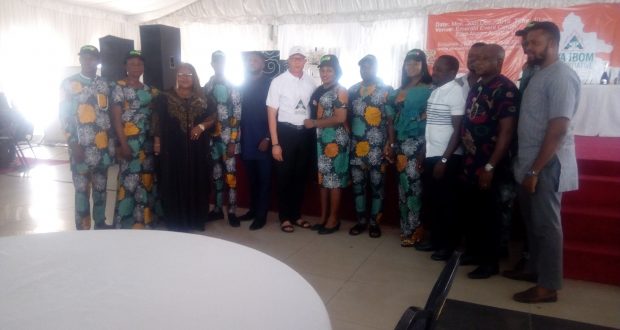 As part of their commitment to strengthen and expand the tentacles of the organization, the Akwa Ibom Impact Initiative (AKWAIMA) has gather Akwa ibombite across the nook and crannies of the State for the end of the year party to celebrate God faithfulness and appreciate their members for the successful service in the past years.

The occasion which was held at Emerald event center, Edet Akpan Avenue, Uyo. Had as it theme, “Arise Akwa Ibom State” attracted people from all walks of life and members of the organization who brainstorm on how to chat a new cause for the organization.

In his welcome address, the National coodinator of the organization, comr. Ekufre Abraham, said the union is a non governmental organisation that is pious with the responsibility of fostering peace and unity among the people with the ultimate goal of building a greater Akwa Ibom, he stressed that they are working assiduously in ensuring and promoting quality leadership at all levels of government. According to him, ” the organization is on cause to prepared the future of every Akwa Ibom child, not to walked on the street in search of white colar jobs but to be independent”

He further explained that AKWAIMA has achieved a lot within her four years of existing, revealed that the organisation have sponsored people on skills acquisition program, organized seminars and conference to educate young people on the importance of acquiring a skill for self reliance.

The Ikot Abasi born business man, maintained that, effort are on top gear for the building of Akwaima international headquarter in Uyo, Akwa Ibom state. In addition he said, they are planning to inaugurate local government chapters across the 31 local government Area and trained at least 500 youths in different skills acquisition in 2020 which according to him required collective effort to make it a reality.

Those appointed to pilot the affairs of the organization at the state level are Mrs. Unyime Akadi, state coodinator, Theophilus Ukpabio secretary, Clifford Inyang financial secretary which Moses Nda will serverd as welfer officer. Others include Uduak Hanson, assistant welfare officer, while the office of public Relations officer goes to Mr. Owen Pius, in the same vain Mrs. Emem Isong will serverd as the head of media.

While inaugurating the new excos, Apostle Emmanuel Inyang prayed for God divine favour and grace for them to succeed in their assigned tasks, the man of God advised them to be good ambassadors of Akwaima, never to compromise integrity reposed on them but work to promote the noble values the organization is known for as well as bring their professionalism and dexterity to bare in the discharge of their duties.

On her part the state coordinator, Mrs Unyime Akadi promised to do her best to improved the standard of Akwaima, she said that priority will be placed on human capacity development to make people economically viable, solicite for support from individuals, corporate organization and oil multi nationals to assist the organization record success while seeking for maximum corporation from all members.

Previous: MMI president fetes community …Says he’s indebted to humanity because of God’s love, calls on A’Ibom Indigenes in diaspora to come home and celebrate with their love ones.
Next: OTOABASI UMOH CELEBRATES YULITED WITH WIDOWS