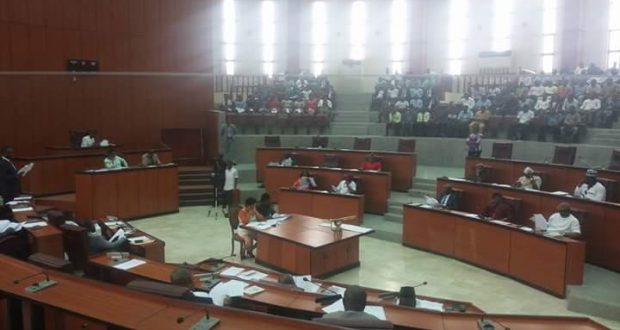 What You Need To Know

During the plenary of Tuesday, 30th May 2017, the Akwa Ibom State House of Assembly read The Akwa Ibom State Social Housing Scheme Agency Bill for a second time.
The bill has the Speaker of the Akwa Ibom 6th Assembly, Rt. Hon. Onofiok Luke as lead sponsor and eleven (11) others as co-sponsors. Below is an appraisal of the bill.
Overview of Social Housing
Housing is paramount to human existence as it ranks among the top three needs of a man in the hierarchy of human most basic and needs. Social housing is a policy of government aimed at providing affordable houses for generality of its citizens. I believe that it is in line with this that state executive has decided to take full advantage of the social housing ideology to make provision of affordable housing to the citizenry. Dear distinguished colleagues, you would recall that during the marking of this year’s worker’s day, His Excellency, Governor Udom Emmanuel promised to work with labour to provide affordable housing to workers in the state. This bill, if given your kind consideration and support to become law, will be the legislative pedestal on which the governor’s housing plan for our workers will be seamlessly realized.
Elements of Social Housing
a. Affordability
b. Habitability
c. Accessibility
d. Legal security of tenure
The following are the International and domestic legal instruments governing housing;
i) Article 25 of the Universal Declaration of Human Rights.
ii) Article 28 of the Convention on the Rights of Persons with Disabilities.
iii) Article 14 of the African Charter on Human and People’s Right.
iv) Section 16 (2) of the Constitution of the Federal Republic of Nigeria 1999 (as amended). Though this Section of the Constitution is not enforceable.
v) Land Use Act of 1978.
FACT SHEET
• Social Housing Status in Nigeria: Very poor. Housing deficit in Nigeria shows that the country is in deficit of 17million housing units according to the United Nations Development Programme’s Report of 2015.
• Housing deficit in Akwa Ibom State is believed to stand at over One Million units in a state of about 5 million people according to the National Bureau of Statistics.
• To tackle a shortfall in housing, states like Lagos and Cross River have since put the Social Housing legislations in place.
• Cross River passed the Social Housing and Social Housing Scheme Bills into law in 2015. It was an executive bill.
If passed into law, the Bill will:
1. Create the necessary and appropriate institutional framework for housing delivery in the state.
2. Create jobs for indigenous professionals and artisans in the state.
3. Provide for affordable and decent houses for low income earners, unemployed individuals and persons living with disabilities in the state in line with elements of the Goal 11 of the Sustainable Development Goals.
4. Complements the Land Use Act of 1978 and extant laws by making the process of acquiring and developing land less cumbersome. The World Bank’s Doing Business Report of 2016 ranks Nigeria 169th out of 189 worst property registering countries.
5. Contribute to the economic growth of the state and the Federal Government. According to the World Bank’s report of 2008, Nigeria’s mortgage finance contribution of the GDP is less than 0.5%, while in the United Kingdom, mortgage finance’s contribution to GDP is 80%.
6. Improve the quality of rural housing and infrastructure in the state.
7. Encourage partnership between government and the private sector towards the provision of affordable housing in the state.
8. Provide a template for the state to take advantage of housing grants such as the 1 trillion Naira housing grant earmarked by the Federal Government to fund social housing schemes across the country.
9. From the United Kingdom to the United States of America and to Brazil, France, Singapore and most other developing economics, social housing for the citizenry has been one of the initiatives which cradle government’s development programmes for the middle class and for low income earners.
2017-06-03
dozzier

Previous: AKHA Legislators on 2nd Anniversary of Gov Udom Emmanuel and 18 Years of Democracy
Next: Why A’Ibom Businessmen fail