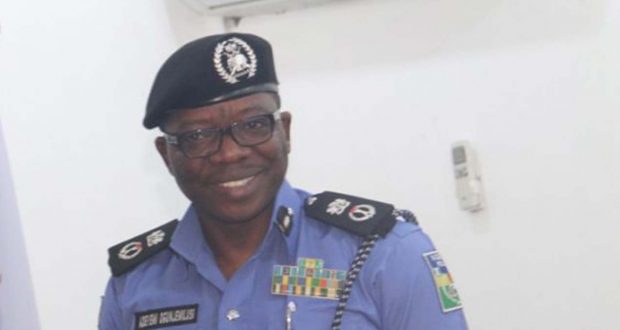 Men and officers of the Akwa Ibom state police command have been charged to be civil and carry out their duties with integrity,
professionalism in order to ensure quality service delivery.
The charge was handed down to them by the state police commissioner
ADEYEMI SAMUEL OGUNJEMILUSI during an operational visit to Etim Ekpo
area command.

CP ADEYEMI noted that they need to be proactive in the discharge of
their duties and ensure crime is brought to its barest minimum.

CP ADEYEMI said “all over the world, people want to talk to the
police. You miss your road or you are looking for somewhere, you need
help, the first person that will come to your mind is police officer
and we can do it in this country’’.

The state police boss however reiterated the need for them to always
respect human rights and other laws of the land while discharging
their duties.

“Police officers we have rules and regulations and what is expected of
you is the highest standard of behaviour. Police should be the one to
respect people, we must respect human rights, no brutality, the state
police boss added.

Cp ADEYEMI, who emphasized the need for men and officers of the area
to be conscious of their environment and the company they keep, hinted
that the command under his watch will have zero tolerance for
corruption.

Earlier in his welcome address, the area commander of Etim Ekpo,
SIRAJO FANA highlighted some of the challenges bedeviling the area.

The Police boss pledged his readiness to collaborate with them in
ensuring crime is flushed out of Etim Ekpo and its environs.