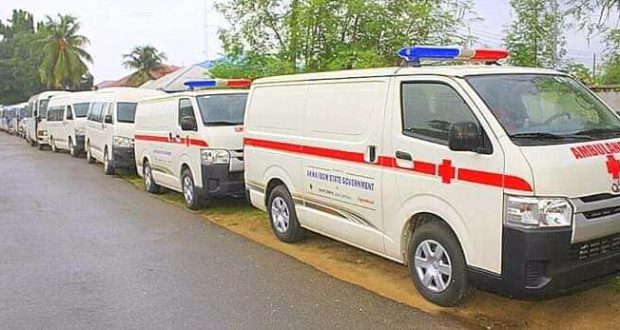 … Says Vehicles Too Old, Not In Good Operational Conditions

The Akwa Ibom State Government has rejected the ’10 very old used vehicles’ donated by ExxonMobil for use in the COVID-19 contact tracing in the state.

This is contained in a release by the Akwa Ibom State Commissioner for Information, Mr Charles Udoh.

Udoh said the decision was taken at the State COVID-19 Committee meeting yesterday following an evaluation of the vehicles and other donations to the state by the oil company.

“The vehicles are considered too old and not in good enough operational conditions to withstand the rigors of contact tracing which they were meant to serve.

“However, The state government has accepted the two ambulances and 20 hospital beds also donated by the oil company, despite the fact that the ambulances are converted buses while the beds are below the standard of those currently in secondary healthcare facilities in the state,” the Commissioner stated.

According to him, the State Government appreciates the continued support of corporate bodies and private individuals who have so far made cash or other materials donations towards the fight against COVID-19 in the state.

He advised Citizens and Residents to continue to maintain prescribed safety protocols.

The Public and Government Affairs Manager of ExxonMobil, Mr Aniefiok Idiok, who presented the vehicles and other medical equipment to the state government on Friday at Government House, Uyo said the donation was part of the company social responbility to the state to help in the quick response to COVID-19 contact tracing in the state.