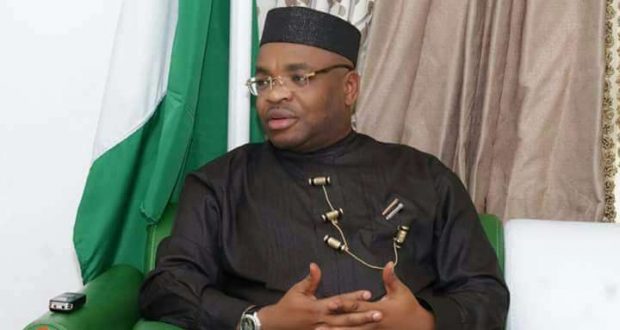 The Akwa Ibom State Governor, Mr Udom Emmanuel has flagged-off the construction of a flour mill in Onna local government area with the assurances that the mill will start production in 12 months.
According to the Governor, the flower mill when completed will have the capacity to employ more than one thousand five hundred youths in the state.
He said that the Kings flower mill which is the biggest in Europe in terms of production capacity will provide employment to other neighbouring communities in the state.
He maintained that the project is 100 percent funded by Nexim international bank.
On his part, the General Manager of Kings flour mill, Mr Onur Kumral thanked the community for donating land for the company to invest in Akwa Ibom.
He assured the governor that the mill will commence production in the next twelve months.
Also speaking, the member representing Onna State Constituency, Otuekong Nse Essien commended the governor for keeping fate with his industrialization promises to Akwa Ibom People.
He said that within two years, the governor has performed creditably well in the state, and called on the people to support the governor to succeed until 2023.
He thanked the governor for sponsoring Akwa Ibom sons and daughters to undergo trainings abroad to become specialists.
Meanwhile , the village head of Mkpok, Chief Ekerette T Ufot promised maximum cooperation with the company handling the construction of the project.
He assured the governor that he will do everything to protect the project for meaningful progress and promotion of the community.
2017-05-28
dozzier