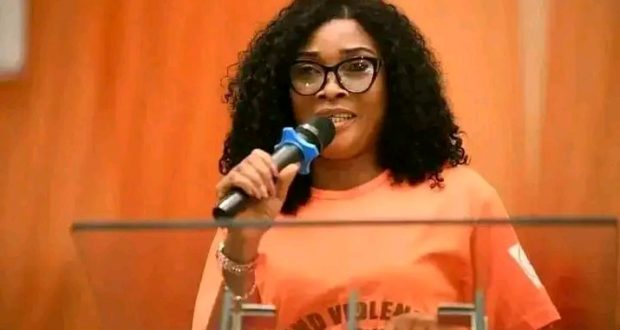 With September as the month of creation of Akwa Ibom State, the Acting Chairman, Mkpat Enin Local Government Area, Hon. Mercy Bassey has reassured that her willingness and zeal to serve her people is very high.

Hon. Bassey made this known in Uyo recently during an interactive session with media professionals to inform Akwa Ibom people on her strides and stewardship so far in the Council.

According to her, the achievements in the local government under her tenure, has given Mkpat Enin people joy because development has been brought to the grassroots.

“It has been God all the way and a conscious commitment and determination to change the narratives of Mkpat Enin and her people”.

The Acting Chairman who described her journey so far as both interesting and challenging, said there was no going back on the promises of the administration despite the severe economic difficulties.

Hon. Bassey, her self a seasoned school administrator, said In furtherance of her determination to better the educational sector, she introduced a science debate among the secondary schools in the area.

She noted that infrastructural development and education support is what has earned her the Nigerian Local Government Chairmen Merit Award (LOGMA).

On the scope of the renovation, Hon Bassey intimated that no block or building within the Secretariat Complex was left out, beginning from the parameter fence, painting, restoration of the big generating set which supplies the Council’s vicinity and its environs steady power, describing it as a total overhaul.

She listed some projects to include the Administrative block, Rt. Hon. Ekong Sampson unity Hall, TRC building, Premier junction and provision of councilors/ supervisors with office space and more.

On the 35th Anniversary of Akwa Ibom state, Hon. Bassey said the feeling is high, considering where God has brought the state to through the vision of governor Udom Emmanuel.

She said that under the current administration, the State has witnessed massive development brought about by the relative peace enjoyed by all and sundry.

She commended Governor Udom Emmanuel for giving indigenous contractors “Hensek Engineering” an opportunity to showcase their potentials in most of the major road constructions in the state.

Speaking further, Lady Bassey urged Mkpat Enin people to constantly remain supportive of the succession plan of His Excellency, Governor Udom Emmanuel, saying it was the only way to go if Mkpat Enin must witnessed the much desired development and affirmed that with God and unity of purpose, no hurdle shall be insurmountable.