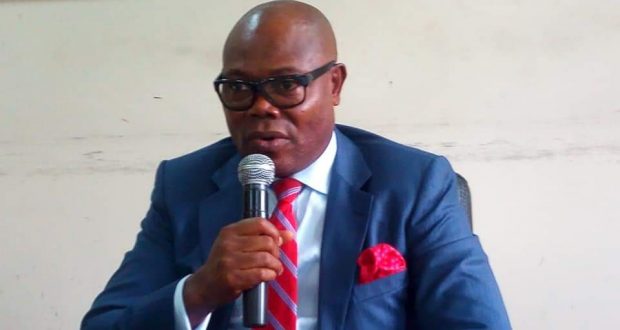 …as Akan Okon enumerates benefits of the Citizens’ Budget

In line with requirement for Open Government Partnership (OGP) and global standards for fiscal transparency and accountability, Akwa Ibom State government has indicated its resolve to adopt a participatory approach in its 2020 Budget, as it kick-starts the budget process with inauguration of an expanded Citizens Budget committee.

The Honourable Commissioner in the Ministry of Economic Development and Ibom Deep Sea Port, Mr. Akan Okon who gave the indication during an interactive forum with stakeholders in the State budget process, held at the Ministry’s conference room, said the Citizens’ Budget is represents global best approach in budgeting. He lauded Governor Udom Emmanuel’s commitment to transparency and accountability in governance and for ensuring that Akwa Ibom State, as part of the global community, keys into the Citizens’ Budget trend.

The gathering had in attendance representatives from all MDAs having dealing with economic planning, statistic, budgeting, accounting, auditing and other finance related matters in the State, as well as representatives of various Civil Society Organisations (CSOs), women and youth organisations.

The Honourable Commissioner observed that the purpose and composition of the gathering, already spoke volumes of the state government’s commitment to accountability and OGP. He however called for further enlargement of the forum to include traditional rulers, community leader and other leaders of thought so that the society should have a buy-in into government programmes that will emanate from the process.

The Economic Development boss described the Citizens’ Budget as a globally adopted, need-based approach to economic planning which is seen to have accounted for the thriving of the private sector. He cited the instance where manufacturers do not just throw out new products to consumers, but first engage their research and development departments to find out what the needs of their targeted customers are. That, he said, is what the Citizens’ Budget is out to achieve.

Mr. Okon described the Citizens’ Budget innovation as a good thing that will be beneficial to the State. He noted that the world Bank and other development partners have critical roles to play in the development of societies in the world today and that the Citizen’s Budget is one of the criteria that must be met to trigger such engagements.

He further assured his Ministry’s commitment to its primary objective of guiding the government in carrying out activities and programmes that will lead to the wellbeing and improvement in the living standard of the people and creating jobs in addition to ensuring that those jobs are sustained. The Permanent Secretary in the Ministry of Economic Development and Ibom Deep Sea Port, Mr. Effiong Ekpenyong, in an earlier remark welcomed every participant to the forum, expressing hope that contributions from each front represented will produce resourceful and positive results in the 2020 budget process, towards the overall development of the State.

Mr. Ekpenyaong affirmed the Ministry’s readiness to commence the capital estimate bilateral discussions on Monday, 22nd July 2019 and urged all MDAs to adhere strictly to their respective schedule. The Chairman of the Citizens’ Budget Committee, Pastor Nicholas Ekarika, thanked His Excellency, the Governor, for the approval for the State to embark on the new budget process which, he said will reflect the aspirations of Akwa Ibom people. He urged every participant to be frank and open to discussions to bring out ideas that could be sieved to produce projects that will ensure the success of the government.

The Chairman, Akwa Ibom State Civil Societies Organisation (CSO), Mr. Harry Udoh, commended the State government for embarking the process that will ensure citizens’ participation in the decision making in the State. He maintained that the call to for good governance with dividends that trickles down to the people, being measured by their involvement in decisions about their development is a global phenomenon, expressing confidence that the adoption of such process in Akwa Ibom State is indicative that the State Government has a listening ear for the people.

Mr. Udoh lauded the appointment of Mr. Akan Okon to man the Economic Development Ministry and stated that the civil societies are comfortable that he has what it takes to ensure the economy of the State thrives considering his pedigree.