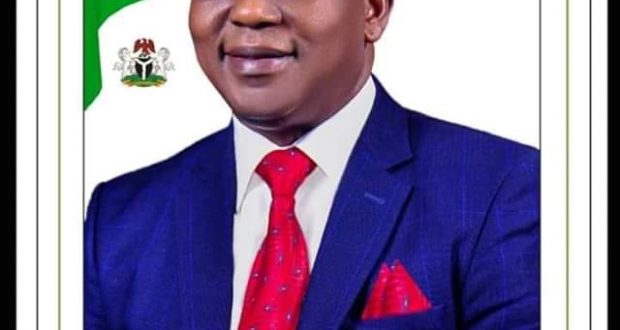 The head of civil service in Akwa Ibom State, Elder Effiong Essien has urged civil servants to renew their commitment to their assigned responsibilities.

Elder Essien gave the charge in his New Year message of felicitation to Akwa Ibom workers as the 2020 service year begins.

He tasked the workers on the need to exhibit utmost deligence and commitment in their daily duties in order to raise the level of productivity and quality service delivery.

The head of service also expressed appreciation to the state governor, Mr. Udom Emmanuel for his benevolence and support to Akwa Ibom workers.

”May I use this opportunity to express my sincere appreciation, on behalf of all workers, to our amiable Governor, His Excellency, Mr. Udom Gabriel Emmanuel, for his benevolence and support to us during the preceding years. Such support, I must say, enabled us to record the modest achievements we made in 2019. Your Excellency, Sir, we are indeed, very grateful.”

Elder Essien further enjoined workers not to relent in their support and cooperation to Gov. Emmanuel, whom he described as ‘workers-friendly governor’.

He however charged the civil servants to reciprocate the governor’s sincere concern for workers’ welfare and to enable him actualise his completion agenda for the state and the workers.

The No 1 civil servant in the Akwa Ibom state who thanked God for sustaining all the workers to be part of the New Year, also appreciated the workers for their steadfastness so far and prayed God to grant all the workers the grace to serve better this year.

Previous: Ijaw warlords threaten to blow up oil facilities over killing of police chief in Anambra
Next: Training and Retraining is our priority for 2020 – COOPA