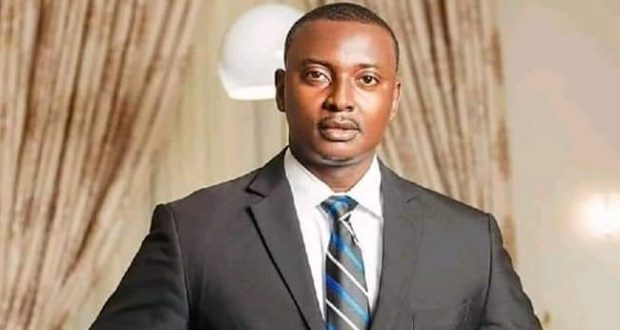 In our quest for the actualization of a better society, we individually owe our quota towards such pursuit through earnest and effective approach in our day to day, official and none official responsibiloties conforming with moral and ethical standard.

It’s a common practice while in pursuit of a better society as human we daily apportion blame on others for their wrong doings, failure to discharge their responsibilities to ethical standard, unfair treatment meted out on one another, avoidable negligence, etc. But while engaging in such, we ignor equally positioning ourselves before the mirror towards ascertaining the level of purity; as mortals we are pronned to shortcomings but at varrying degrees in our respective capacities, potfolios, homes, Offices, Schools, Markets, Farms, Businesses and equally tagged as what we view others in the struggle towards achieving a danger, loss, damage, pain, injury, sickness, accident, stress-free society of our dream.

Akparawa Wilson Iwaudofia has distinguished himself as a dynamic and 21 century leader who is blessed with great vision and wisdom, such disposition carterpulted him to fame like the case of the five wise virgin and the other five who lacked vision and wisdom while planning to have an encounter with the much expected groom.

It could be vividly recalled that Akparawa Wilson Iwaudofia in company of other Youths leaders when they were privilaged to have an audience with their designed destiny helper some years back fell in the category of the five wise virgins by taking along with him his Curriculum vitae and presenting same aside from the business of the day which centred on Youth Organisation and the way forward whom aside from activism did sought for permanent and sustainable medium capable of actualizing his dreams, aspiration, yearning for a platform not just to satisfy oneself but for rendering more service to humanity, impact lives, set the Pace in leadership while others pinned their focus on what could satisfy them at that moment.

Without equivocation, Akparawa Wilson is widely adjudged as a visionary, purpose driven, pragmatic and God fearing leaders which such has immeasureably endeared him to a man who possess similar qualities, visionary, hardworking, pragmatic, result oriented, Godfearing and passion for Excellence His Excellency Governor Udom Emmanuel during the past four years in office as the man at the Executive Governor of Akwa AbasiIbom State.

Akparawa Wilson, the immidiate past Senior Special Assistant to Governor Udom Emmanuel on Youth Matters is a selfless, pragmatic and result oriented leader whose leadership style is uncommon, has never been witnessed in the sector in the history of Akwa AbasiIbom State, some attributed such to exposure while in abroad, advanced Education as a Master’s degree holder where the contemporary society doesn’t place much importance on Education as a criteria for Youth leadership whom His Excellency Governor Udom Emmanuel has seen in the contrary in this regard by appointing an Educated, exposed, well mannered, humble, focused, hardworking, trustworthy, transparent, vibrant, Godfearing, detribalised youngman whose watchword in public service is equality to all whose innovative leadership acumen and footprint remains indelible in Akwa Ibom State through positive attitudinally and material impact on the people being a phylanthropist.

The leadership traits that positioned Akparawa Wilson above equals is his meekness, transparency, efficiency, delligence, people oriented and goal driven approach, and Excellence inter Personal relationship which has served as a bridge between the Government and the Aged, the Youths, the male, the female, the highly placed and the common men in the Society; the common factor which has helped in populating the Divine Mandate even as an opposition during the just concluded 2019 general election in the Country.

Moreso it’s a widely held misconception that Youth leaders maintain a strained relationship between their maker which such notion was proven wrong through exemplary leadership acumen by organising Youth Monthly Prayer summit aimed at soldering the tie between the Creator and the Youths in conformity with the vision of building and maintaining a crime-free State, God-centric and resourceful Youths in Akwa Abasibom State.