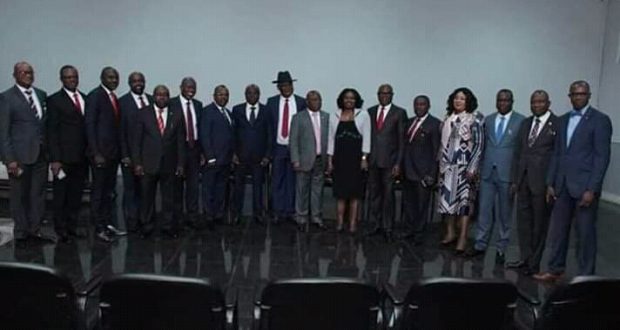 In line with the rules and Procedure of the house, the nominees where screen by Committee on Judiciary, justice, Human Rights and public petitions chairs by Hon. Victor Ekwere, who explained to other members of the House that the nominees are intellectually sound with wide spectrum of exposure and experiences in their various files of study.

The law maker said that the committee have no adverse report against the nominees, adding that they have met the constitutional requirements for appointment as commissioners and spacial Adverses to His Excellency Governor Udom Emmanuel, after a rigorous interactions with the nominees, the House in a motion moved by the House leader, Rt. Hon. Udo Kieran Akpan and seconded by the deputy leader Rt. Hon. Aniefiok Dennis cleared and confirmed the nominees for appointment as commissioners and spacial Adverses, while the speaker, Hon. Aniekan Bassey directed the Clark of the house ,Mrs. Mandu Umoren to communicate the approval to the Governor for further Action.

In a related Development Committee on Information during their inaugural press briefing with journalists at the conference chamber of the Assembly complex seek for mutual relationship with the 7th Assembly to enable them archives their goals.

Speaking the committee chairman Barr. Aniefiok Dennis member representing Onna state constituency said they will strive to step up in their core functions. ” the 7th Assembly solicits for synergy and collaboration on effective reportage of its activities, may i therefore respectfully appeal to you to give the 7th Assembly adequate and Objective coverage. I want to assure you that the 7th Assembly shall handle all your request speedily, honestly and professionally, we shall be committed to free flow of information at all times “.

The law maker conclude that the 7th Assembly is eager, prepared and ready to carry out its core Mandate and functions as provided by relavant extant laws with the sole aim of improving the society and giving effective represention to the good people of Akwa Ibom. Other members of the committee who spoked Include, Hon. Nse Essien, Onna state constituency ,Rt Hon. Mark Esset, Nist Atai state constituency, Hon. Kufre Edidem, Itu state constituency and Hon. Mfon Idung, member Etim Ekpo/Ika state constituency.

Meanwhile the House has adjourned its plenary to Thursday, July 18th 2019.

Previous: Udom’s Nominees Screening And Why Ephraim Inyangeyen Was Confirmed
Next: Ruga: Your 30-day Ultimatum Too Much, the Sooner the Dance Begins the Better – Fani-Kayode to Nothern Youth