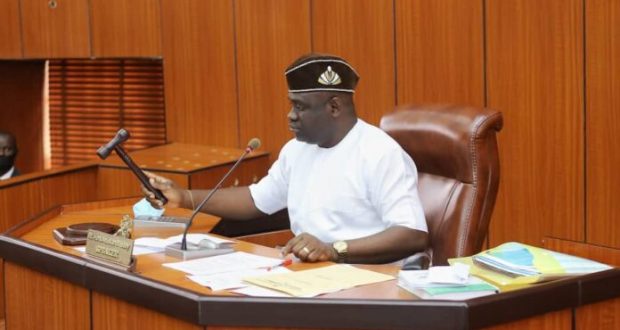 The Akwa Ibom State House of Assembly has confirmed no fewer than eight Commissioner and Special Adviser nominees forwarded to it by Governor Udom Emmanuel.

Recall that the House had on July 16, 2020, at Plenary, received a letter from Governor Udom Emmanuel, requesting it to confirm eight persons for appointment as Commissioners and Special Advisers into the State Executive Council.

In line with the procedure set out in Order 2, Rule 7 (7) of its Standing Order, the House deliberated on the letter and subsequently referred same to the House Committee on Judiciary, Justice, Human Rights and Public Petitions to screen the nominees and formally report back to the House within one week.

Presenting the report at Plenary on Thursday, Chairman of the Committee, Hon. Victor Ekwere, revealed that the credentials and other relevant documents of the nominees were screened, while they (the nominees) were interviewed on a wide range of issues, particularly, their areas of specialization.

He described the nominees as intelligent men and women of proven integrity and further opined that they will add value to the administrative machinery of the State.

While noting that the Committee received no negative report against the nominees, Hon. Ekwere noted that the nominees have all met the constitutional requirements for appointment as Commissioners as outlined in Section 192 (4) and 106 of the 1999 Constitution of the Federal Republic of Nigeria as amended.

He commended Governor Emmanuel for selecting men and women of proven integrity into the State Executive Council, but however advised that the careers, academic qualifications, experiences and specialisation of the nominees should be considered in assigning portfolios to the nominees.

Subsequently, the House after interacting with the nominees, considered the Committee’s recommendation and confirmed their appointments as Commissioners and Special Advisers.

Speaker of the House, Rt. Hon. Aniekan Bassey, in his remarks, directed the Clerk, Mrs Mandu Umoren to communicate the resolution of the House to the Governor for further action.

At Plenary also, ‘A Bill for a Law to Provide for the Compulsory Medical Treatment and Care for Child Victim of Sexual Violence and for Related Matters’, scaled through First Reading and was referred to the House Committee on Rules, Business, Ethics and Privileges for rescheduling.

In the meantime, the House has adjourned plenary till Tuesday, August 11, 2020.