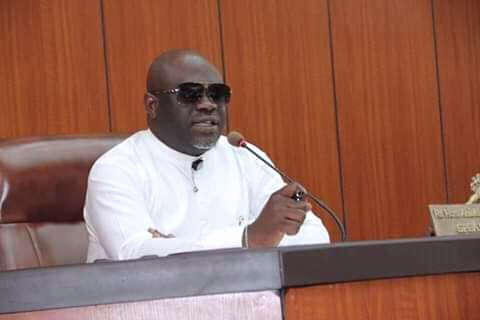 The Akwa Ibom State House of Assembly, has condemned in strong terms the attacks of Fulani herdsmen in Ukanafun local government Area which leads to the murder of one lucky Udoakpan in his village Nkek and wanton destruction of properties worth millions of naira in the area.
The law makers reacted today during Plenary, as member representing the good people of Ukanafun in the 7th Assembly Hon. (Dr) Charity Ido raise the motion for an urgent intervention by the State government to put and end to the diabolic act perpetuate by Fulani herdsmen in Akwa Ibom State. Hon. Ido said the ugly incident happened last week, explained that her constituents have suffered untold hardship as a result of the detrimental effect on their well being, revealed that similar incident have occurred in Mkpat Enin Local Government Area, recently, noting that the situation may grow worse, if left unchecked. And request the house as a matter of urgency to bring and end to such act.

Reacting, the member representing Ibesikpo Asutan State Constituency, Rt. Hon Aniekan Uko, while describing the situation as a red alert for Akwa Ibom State and a challenge to the state government’s agricultural revolution, urged the House to take steps that will prevent a reoccurrence.“The Governor is saying that everyone should return to the farm, but we’re afraid of doing so, because of the activities of herdsmen. I urge the House to there take actions that will prevent a reoccurrence”, he said.
Also, the member representing Itu State Constituency, Hon. Kufre-abasi Edidem, said the killing spree by herdsmen was a challenge to the 7th Assembly to enact a law that prohibits open grazing by the hardsmen. Speaking further the member representing Oruk Anam State Constituency and Leader of the House, Rt. Hon. Udo Kierian, urged the House to make a Law that legislate the movement of animals in the state and also engage families of the victims and the State Emergency Management Committee to find lasting solutions to the issue which he said is statewide.
Member Representating Ika/Etim Ekpo state Constituency, Hon. Mfon Idung, his colleague from Ibiono Ibom State Constituency, Hon. Godwin Ekpo, also sympathised with the people of Ukanafun on the lost of their son.

Speaker of the House, Rt. Hon. Aniekan Bassey, referred the matter to Committee on Security, Youths and Sports and directed it to report back to the House in the next one month.
Also, the House in a Motion brought before it by the Deputy Speaker, Rt. Hon. Felisha Bassey, moved to revive the Calabar-Oron Ferry Route, to ease transportation between Akwa Ibom State and Cross River State was also referred to committee on works and transports for further legislative actions, while the 2020 budget scaled through second reading.

Meanwhile, the House has adjourned its plenary to Tuesday, October 15th, 2019 at 10am.

Previous: GOV UDOM PRESENTS 597.800 BILLION TO AKHA FOR 2020 BUDGET …….christened budget of industrialization for poverty alleviation .
Next: STILL ON THE POLITICS OF PREBENDALISM IN AKWA IBOM STATE.