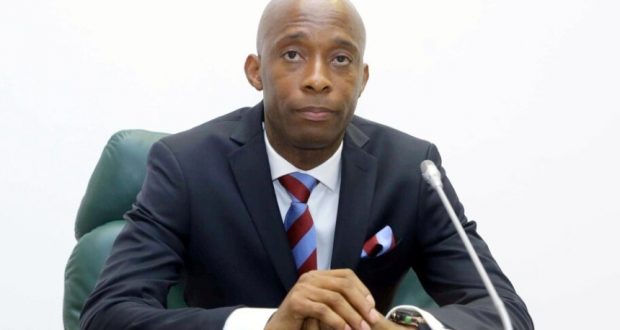 Youths in Akwa Ibom State have appealed to the Committee on Youth, Sports and Security of the Akwa Ibom State House of Assembly to speed up processes that will lead to the public hearing as well as passage of a bill for a law to Implement a sustainable youth policy framework through the establishment of Akwa Ibom Youth Development Fund (AKYDF) into law.

They made their position known during a press briefing last week, which took place at D’angelo Hotel, Ewet Housing, Uyo.

It could be recalled that the bill which was sponsored by the member representing Ini State Constituency, Hon Emmanuel Ekpenyong had passed first and second reading on the floor of the House and was ready for a public hearing some months back. But since then, process on the bill had long been put on hold.

The youths who spoke under the umbrella of Youth Advocacy Cluster, a coalition of youth groups in Akwa Ibom State, frowned at the situation on the bill, wondering what could cause the delay of public hearing on the bill for some mouths now.

According to the release, “This coalition is anchored by Youth Alive Foundation, a youth focused CSO which seeks to redefine the role and contribution of the Nigerian youth in the development and governance processes in the Country.
We are here to brief you on recent developments on the Akwa Ibom Youth Development Fund (AKYDF) Bill currently in the Akwa Ibom House of Assembly.”

Continuing, “We have been assiduously working with national, state, local governments, non-governmental youth organizations, to increase effectiveness on empowering youths, providing enabling opportunities, and inspiring real positive change. The complexity and magnitude of challenges facing the Akwa Ibom youth in terms of employment, empowerment and capacity building is enormous.”

“There are limited opportunities for youths in the state to earn a sustainable livelihood. Thus, our cluster after conducting a state wide research developed a sustainable framework that provides new, authentic avenues for youth development in a holistic approach. This culminated into a Bill titled Akwa Ibom Youth Development Fund Bill sponsored By Honorable Emmanuel Ekpeyong, the Chief whip of the House with 8 Co-sponsors.”

The release further reads in part, “This Bill ensures that youths are producers, contributors, creators and leaders and duly empowered, would add more value to the development of the state and country. Akwa Ibom State Youth Development Fund will help to create jobs and economic development opportunity through a legally established, independent and recognised institution saddled solely with this important responsibility. This bill will also attract funding from international donors to the tune of more than 1billion naira annually to the state for youth development.”

This commitment, the youths said has attracted 75% of its funding from other international development Partners.
The AKYDF Bill was proposed in October, 2015 as a major instrument to channel international, state government, public and private participation in solving youth unemployment, thus creating an enabling and sustainable framework for youth empowerment.

“As part of our strategies to achieve this, we have been engaging in a massive campaign through social media, radio, newspaper and advocacy engagements with legislators which led to the first reading of the bill in November 2016 and the 2nd reading on 27th April 2017. The bill at the 2nd hearing was committed to the committee on youth and security and committee on economic development for a deliberation to report back in 3 weeks after which a public hearing will be called for. Its been more than eight months now, 245 days yet the committee has not met neither has there been a public hearing. Other Bills that came up much later have had their public hearing.”

The youths used the opportunity to call on the Chairman, House Committee on Youth and Security, Hon Victor Udofia who is saddled with the responsibility to ensure that the Akwa Ibom State Youth Development Fund Bill otherwise known as AKYDF Bill receive optimum attention and a public hearing.

“This coalition is calling on Honorable Victor Udofia, Chairman, Committee on Youths and Security and Honorable Udo Kirian Chairman Committee on Economic Planning to act on the AKYDF Bill and call for a public hearing.  Any further delay will lead to a continued disenfranchisement of the youths of Akwa Ibom State.”

They however, appreciated the Governor of Akwa Ibom State, His Excellency, Mr Udom Emmanuel for his support to the youths so far, Speaker of the Akwa Ibom State House of Assembly, Rt. Hon. Onofiok Luke for his youth friendly disposition support of the bill as well as the lead sponsor, Hon. Emmanuel Ekpenyong and other co-sponsors of the bill for championing the course of the bill.