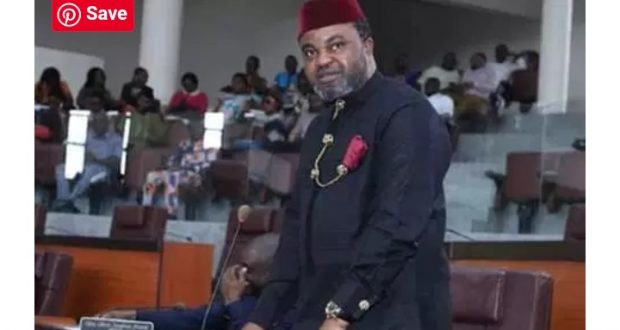 A’Ibom: “We Can’t Talk About Development Without Safety Of Lives, Properties” – Anietie Eka

The member representing Uyo State Constituency in the Akwa Ibom State House of Assembly, Rt. Hon. Anietie Eka has reiterated the need to establish Akwa Ibom Safety Commission, stressing that the level of development brought to bear in the State by Governor Udom Emmanuel calls for a Safety Commission to ensure that Akwa Ibom people are safe from Industrial and other environmental hazards.

The lawmaker stated this today while speaking on the ‘bill for a Law to establish Akwa Ibom Safety Commission and for related Matters’ raised by Usoro Akpanusoh of Esit Eket/Ibeno State Constituency.

Eka who is the Chairman House Committee on NDDC noted that Akwa Ibom under the leadership of Governor Udom Emmanuel, witnessed wide spread of industries across the State with Investors trooping to the state in numbers.

“Industries are being sited everywhere and investors are trooping into the state with billion naira investments. This is an indication that Akwa Ibom is becoming fastest growing city in Nigeria. But we also have to understand that this industries and factories do have some environmental factors that must be properly checked. This is the essence of this bill and I am strongly in support of it.”

Further, Eka said in 2009 when Lagos State Government noticed that more industries and other infrastructural development were coming in to Lagos like it is in Akwa Ibom currently, they quickly inaugurated Lagos Safety Commission even before it was was passed into law in 2011, maintaining that as an emerging developed city in Africa with a booming economy, Akwa Ibom cannot turn its back on safety of the people.

“We cannot talk about rapid development in Akwa Ibom State without paying serious attention to the safety of our people. Our people must be alive to enjoy the development that is coming into the State through the vision and policy of Governor Udom Emmanuel. Therefore, there is a strong need to have a safety Commission just like the bill proposed,” Eka said