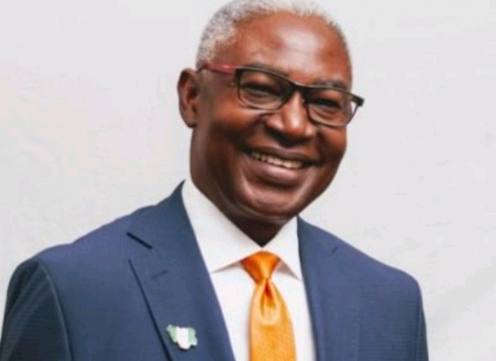 Candidate of the African Democratic Party (ADC), in the 2023 governorship election, Arc. Ezekiel Nyak-Etok has denied the report that the party (ADC), has collapsed her structure to support the Gubernatorial candidate of the New Nigeria Peoples Party (NNPP), Senator John Udoedehe.

Nyak-Etok told newsmen in Uyo,on Monday, that the party could not and would not collapse its structure for anybody, informed that the party ADC was founded with men of proven integrity, who will not sabotage the trust and confidence reposed on them by Akwa Ibom people.

Nyak-Etok, a top ranking governorship hopeful, with over two decades cognate experience in the housing sector, bemoaned the rate of trending unverified news. He warned news purveyors to always cross-check their facts before going to the press, while describing the news as fake and handiwork of the mischiefs.

He said, “The story making the rounds, that a very good friend of mine, Alh. Kwankwaso had called me, settled me with a few billions, and subsequently gotten me to endorse the candidate of his party in Akwa Ibom State. This allegation as earlier mentioned, is weighty in more ways than one. ADC is a party that is built around integrity, service, and sacrifice. Many Nigerians, and in Akwa Ibom State have made unquantifiable sacrifices to build the party to the brand and standard that can be celebrated by leaders that can be considered to be great by assessment. It would therefore be the height of betrayal for one to sell the sweat and faith equity of these noble Akwa Ibomites.”

“Those that are spreading the news are only hallucinating When it has to do with the structure of our party being collapsed in support of another, certain fundamental ethical issues are raised, a good part of which bothers my integrity.” He explained.

Nyak-Etok, however expressed confidence in the party’s ability to win next year’s governorship election in Akwa Ibom state.