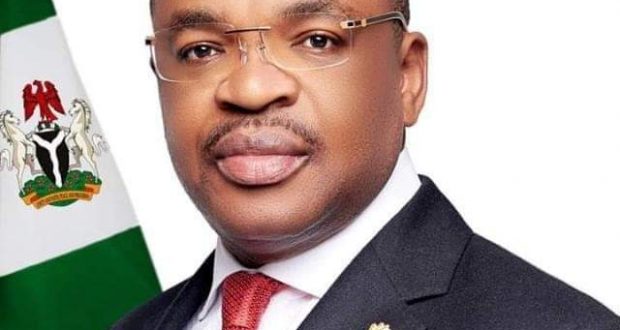 The year 2021 Budget Estimates of Akwa Ibom State government has been received and considered by the state Executive Council.

Cmrd. Ememobong said that the policy thrust of the 2021 budget proposal focuses on improving on the internally generated revenue, IGR, to avoid over dependence on the federation allocation.

He explained that the budget aligns completely with the completion agenda of the administration with emphasises on human capital development, quality healthcare, aviation and rural community development as well as industrialisation drive .

Hear him: ”today in Exco meeting presided over by his Excellency Governor Udom Emmanuel with Permanent Secretaries and Heads of Extra Ministerial Departments in attendance, we considered the budget estimate as presented by the Commissioner for Finance, Mr Linus Nkan and the policy thrust of that budget has to do with improving on the internally generated revenue so that we can reduce over-dependence on the federal allocation”.

Cmrd. Ememobong expressed optimism that the budget, when passed by the State House of Assembly, will address human capacity development, aviation and rural development as encapsulated in the completion agenda.

The Information helmsman who was flanked by Commissisioner for Finance, Mr Linus Nkan and his counterpart in the Local Government And Chieftaincy Affairs, Mr Frank Archibong, added that the Council deliberated on amendmements to be made on the laws establishing the state College of Education to enhance excellence and productivity in the institution as well as assess reports on school resumption and status updates on the Covid -19 pandemic.

He disclosed that the Executive Council also received updates on the investments from the State Investment Corporation and also approved the taking over of Community Secondary Commercial School, Oduk, Ikono Local Government Area, explaining that the take over is premised on government decision to relieve communities of the burden of running schools and for the overall benefit of the students.