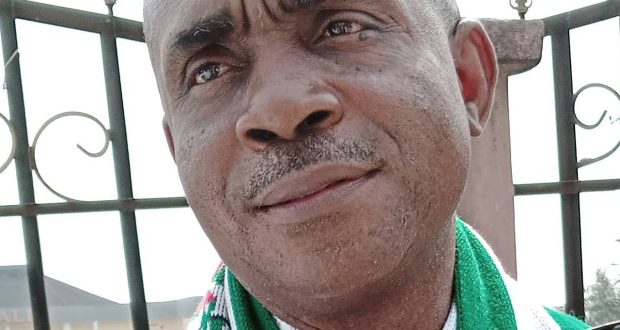 The Akwa Ibom State branch of All Nigeria Confederation of Principals of Secondary School (ANCOPSS) has inaugurated the new leaders that would pilot affairs of the body for a period of four years.

The executives which were drawn from both Junior and Secondary Schools across the the state under the leadership of Mr. Steve Akpabio during the inauguration ceremony promised a robust system that will add more value to the schools in the state.

In his acceptance speech,the newly inaugurated President, Mr. Akpabio promised to do all within his power to justify the confidence reposed on him and his executive members, added that his leadership would consolidate on the gains of the previous leaders. He explained that a new template will be developed to capture all the programmes needed to move the schools forward.

“My Administration will synergize with the state Government and other major stakeholders like the Old Students Association, Community Leaders and NGOs to improve teaching and learning in our schools.”

“Training and retraining of Principals to sharpen their administrative skills will be carried out regularly, as I promised to serve you with the highest level of humility, transparency, passion and utmost fidelity to the ideals of ANCOPSS and her founding fathers.” Akpabio submitted.

Akpabio who is the principal of Christian Secondary Comprehensive School, Uyo, thank governor Udom Emmanuel for providing a conducive atmosphere for teaching and learning to thrive, most especially sustaining the free and compulsory education in the state, payment of WAEC fees to all SS3 students in public schools and the just concluded recruitment of over 1000 secondary school teachers to boost the workforce, as well as many other laudable gestures to advance the course of education.

He reassured the state government that ANCOPSS under his watch will continue to work harder to reciprocate the giast strides of his Excellency in the education sector, while using the occasion to appreciate the state education boss, Idongesit Etiebet for her untiring efforts in uplifting the standard of education, most especially the recent feat of the quantum leap of students performance in WACE results.

The new ANCOPSS Boss while listing his man​i​fes​to, said his purpose driven leadership will vigorously work to actualize ANCOPSS House in record time, tender unquestionable financial statements of accounts of the body and bring to life ANCOPSS Cooperative to provide financial succour to members in times of needs.

He called on Corporate Organisations like NDDC, NCC and other Federal Agencies to help the government equip schools with necessary infrastructures such as ICT laboratories, Classrooms blocks, entrepreneurial workshops among others.

In her farewell message, the outgoing ANCOPS President Rosalind Inyang said her leadership recorded achievements that would stand the test of time. She called on all and sundry to work in unity, and project education activities in the state for the sake of future generation.

The event which was held at Teachers’ House, Uyo on January 25th had in attendance, Commissioner for Education, Mrs. Idongesit Etiebet, Sir. Chrysantus Asuka who served as the chairman of the occasion, Executive Chairman of SSEB, Dr. Ekaette Okon and SA to governor Udom Emmanuel on Education Monitoring, Akparawa Udeme Udofia who all gave their Goodwill messages.