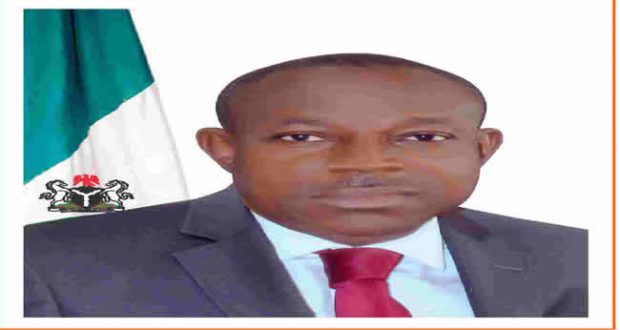 The commissioner for Agriculture and Natural Resources Dr. Charles Udo Inyang is presently leading campaign to boost food production and sufficiency in Akwa Ibom going by the readiness of Shadong Wuzgen Group to invest in the agricultural sector of the state.

According to Dr. Inyang who led a hi-tech agricultural firm to a courtesy call on governor Udom Emmanuel when the group arrived Uyo, the state capital.

According to the commissioner, ”The arrival of the hi-tech agric firm has lend credence to the commitment of the present administration under the able leadership of His Excellency Deacon Udom Emmanuel to reinvigorate and boost agricultural sector and food production in the state through mechanized farming so as to ensure availability of affordable food items for consumption in the state” He said that the group will partner the state government for the purpose of large scale mechanize farming  in Akwa Ibom.

Declaring the purpose of the visit, Mr. Xiwen of the Shadong Wuzgen Group, himself the leader of the group, enumerated areas of which the group  intend to partner with the state to include; maize farming, cashew nut cultivation and large scale cassava farming. The leader of the agric firm expressed his delight over the numerous investment opportunities available in Akwa Ibom State promising to put his best to deliver on their assignment.

Hear him “We are targeting Akwa Ibom State as the gateway to commercial agriculture in Nigeria and we have come to the governor to seek his partnership and support to enable us boost food production in the state”. He hinted that Shadong Company is also a manufacturing company which manufactures tricycles and storage facilities together with recycling of waste for agricultural use.

The business consultant to the Shadong Group Mr. Abdukari Abdulraman in his interaction with the press noted that the international community is aware of the investment opportunities and potentials of Akwa Ibom State expressing hope that with the arrival of the group in the state, Akwa Ibom would be transform to an industrial hub in Nigeria while thanking governor Udom Emmanuel for showcasing rich resources and potentials available in the state to global community.