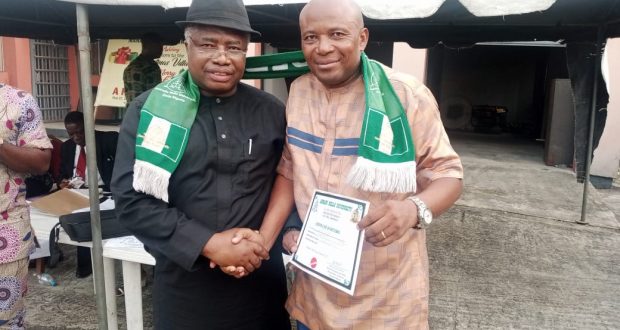 A new Executive has been elected to run the affairs of the Ahmadu Bello University Alumni Association in Akwa Ibom.

In his acceptance speech, Comrade Akpan, who is also the State Secretary of the Nigeria Union of Journalists, thanked everyone for the demonstration of goodwill and unwavering determination to reposition the Alumni Association in the State.

He promised to run an inclusive government that will merge the wise counsels of the elders with the energy of the youth.

” We will put in place the necessary structures for the EXCO to take off smoothly, organise a reunion, leverage on the massive contacts outside Akwa Ibom State, among other things,” Comrade Akpan said.

Earlier in his remark before the election, the Deputy National President of ABU Alumni Worldwide, Alhaji Adamu Kontagora, said that the election was for the good of the Akwa Ibom State branch.

Alhaji Kontagora commended everyone for shelving their engagements to participate in the election.