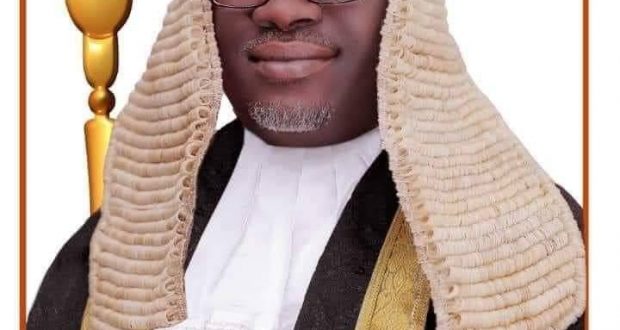 With the primary elections done and candidates emerging for the political parties ahead of the 2023 general elections, it is not out of place to start previewing and possibly predicting what the next era holds for the people based on the choices made on their behalf by the party delegates. Is the future looking bright, gloomy or bleak for the masses? Are the people going to go from frying pan to fire? Will the electorate be choosing between the devil and the deep blue sea when they go to the polls next year? Or will there be saving graces for the people in what would be a make or break moment in Nigeria’s history? Tentative answers for these and many more questions can be found by simply assessing the candidates who will be flying the party’s flag in next year’s election.

There is no gainsaying the fact that for Akwa Ibom North East Senatorial District also called Uyo Senatorial District, it’s been a bumper harvest of democractic dividends within the last seven years plus of Sen Bassey Albert’s representation. So, for a people who have had a feel of good representation, the choice of who to represent the Senatorial District from 2023 was very delicate. The people knew that in making that choice, they had to consider someone with a robust and contemporary knowledge of legislation, whose wealth of experience in representation cannot be questioned. They were conscious of the fact that their next Senator has to be someone who has a global view of leadership and governance but a local knowledge of the people and their challenges. Having considered all of these and more, the people elected Rt Hon Aniekan Bassey as the candidate of the Peoples Democratic Party (PDP) for Uyo Senatorial District seat.

In addition to his people-centered motions and matters of urgent public importance, Rt Hon Aniekan Bassey also gave a good account of stewardship through effective representation and providing sustainable empowerment programmes for his constituents. On the whole, he left an impressive record as a first term member in the state legislature, and even a much better representation in his current second term.

His flagship empowerment programme, Rt Hon Aniekan Bassey Youth Entrepreneurship Support Scheme (RHAB-YESS), has been a practical model for youth development. “We came up with RHAB-YESS. In RHAB-YESS, every month we set aside a certain amount of money to empower young growing businesses. But we have to be sure that the business can employ at least 3 or 4 people. We invest a seed capital, which is non-refundable, into the business”, Hon Bassey said during an interview I had with him last year. “So far, we have been able to empower 60 to 100 entrepreneurs. RHAB-YESS is in many phases; we have those who are on full scholarship, we have the entrepreneurs that we empower every month, we have the market women and we have special support for businesses that had been existing but due to some challenges, folded up”.

Under Aniekan Bassey’s leadership as Speaker, the 7th Assembly has so far received 65 people-oriented Bill’s out of which 22 have been passed with 10 already accented to by the governor. The Assembly has further moved a total of 40 motions/resolutions. Giving this background to his performance in the State House of Assembly was necessary to point out that Aniekan Bassey will be heading to the National Assembly with robust experience in lawmaking and representation. “If we in government are business conscious by setting up businesses that will employ others, it will further reduce unemployment in the state. I took a lot into consideration, especially after all my entrepreneurial empowerments in my first term could not bring the envisaged entrepreneurial renaissance in the state”, Hon Bassey further told me. “So in my second term, I thought differently and said I will not be waiting till the end of the year or towards the end of my tenure before I empower people. As I’m moving, let me move with people. As I’m growing, let me grow with people. If I’m growing politically, I want to ensure that people are growing in business as entrepreneurs”.

Like nature abhors a vacuum, politics of the national assembly dwarfs inexperience. Within the last seven years, Hon Aniekan Bassey has intentionally understudied some of the best legislatures in the world through trainings and retreats. The outcome of this years of study has been his exceptional leadership of the 7th Assembly. In a recent interview with journalists, the member representing Etinan State Constituency in Akwa Ibom State House of Assembly, Rt Hon Dennis Akpan affirmed that Hon Aniekan Bassey has performed satisfactory as the Speaker of the State Assembly. Hon Akpan, who chairs the House Committee on Information, added that if given the chance, he would still vote Mr Bassey again. “The Rt Honourable Speaker Aniekan Bassey has done marveslously well. We voted and elected him as our Speaker and he has not failed us. If I have the opportunity to vote again, I will still vote him”.

Dennis Akpan’s sentiment clearly indicates that what lies ahead for the people of Uyo Senatorial District. For instance, with the huge success and lasting impacts of RHAB-YESS, Hon Bassey already has a solid empowerment template that will ensure effective representation across all the nine local government areas of the Senatorial District. Besides expanding the RHAB-YESS model in terms of number of beneficiaries and quality of empowerment incentives, the Aniekan Bassey that we know will strike strategic partnerships with government agencies, NGOs and donor agencies that will ultimately add value to his people. As one who is open to public contributions, the people of Uyo Senatorial District are assured that Hon Aniekan Bassey’s contributions in the Senate will be a reflection of their yearnings. But most importantly, with all the experience he has so far garnered, Aniekan Bassey will definitely be a stellar legislator in the Senate from the world go.