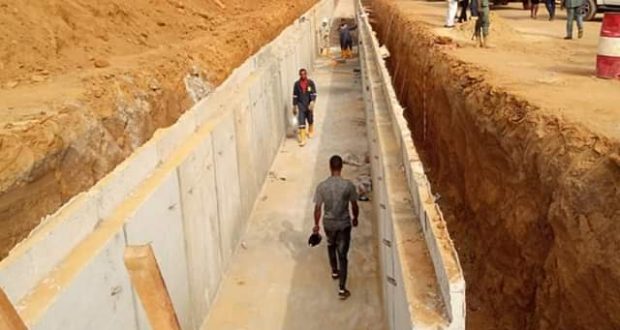 A’ IBOM STATE GOVT. INTENSIFIES WORK ON RING ROAD 3, Others

Work has been intensified on the ongoing construction of Ring Road 3 in actualisation of the Completion Agenda of Gov. Udom Emmanuel’s administration.

The State Commissioner for Works, Mr. Ephraim Inyangeyen, while inspecting the project, Monday, observed that the contractor handling the 9.5km road, Hensek Integrated Services was on course to meet the expectations of government.

Although work on the project has been in progress since the initiation of the contract by the present administration, however, the accelerated pace was to take fullest advantage of the dry season as well as a corresponding response to the massive support and motivation the State chief executive has given contractors with the onset of the dry season.

It would be recalled that barely two weeks ago, Governor Emmanuel had urged contractors handling projects to return to site, with heavy financial mobilization, to make up for whatever delay the rainy season may have caused.

The 8-lane Ring Road 3 which is a continuation of the Jonathan Boulevard takes off from Aka Road and traverses several communities and finally empties into Nwaniba Road near the University of Uyo main campus.

Like at other places across the state where contractors are no less busy, benefiting residents, who spoke with newsmen along the Ring Road 3 expressed gratitude to Governor Udom Emmanuel for fulfilling his promise that the dry season will turn the state into a massive construction site.