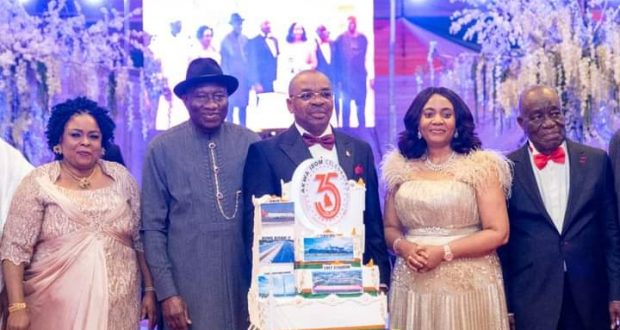 It’s been an all-round eventful September as our dear state marks her 35th anniversary of statehood. Akwa Ibom went from being a mere idea in the heads of our forebears to a reality following the proclamation on September 23, 1987 by the then military president, General Ibrahim Babaginda. In his recent article, “Akwa Ibom State @35: The Journey To Statehood”, Prince Chris Abasi Eyo, a former Commissioner for Information in the State, provided insightful details on the long onerous struggle of our forbears to achieve this dream. “The succeeding generation of the leaders, went on with the demand and providence came Ibom way, when on 23rd September, 1987, the then military President, General Ibrahim Babangida, created Akwa Ibom State, as Nigeria’s 21st State, in fulfilment of about 60 years of agitation”, he wrote.

Going by Prince Eyo’s assertion, Akwa Ibom as a reality has only existed a little above half the years of Akwa Ibom as a dream. But 35 years on, the state has fared good enough to justify the almost 60 years burden of her forbears. This has been possible largely due to the fact that the state has been blessed with visionary leaders particularly within the last 23 years of democratic rule. Nevertheless, special tributes must be paid to those who held the fort under the military era for leaving their own marks. For instance, the iconic Idongesit Nkanga Secretariat was built by late Air Commodore Idongesit Nkanga as military administrator.

In his lecture to mark the 35th anniversary of the state, a former Nigeria’s Minister of Information, Chief John Nwodo alluded to the contributions of all the administrators and governors of the state but gave special credits to the three democratically elected governors. “Everyone of the 10 governors made remarkable contributions towards the development of Akwa Ibom State but without doubts, three governors, His Excellency Arc. Victor Attah, Governor Godswill Akpabio, and the incumbent governor, Udom Emmanuel, have made the most outstanding contributions”, he said. “What I find particularly astounding in their contributions is their focus on building remarkable infrastructural base for the promotion of tourism, education and production.”

The return of democracy in 1999 came with a fast-paced development for Akwa Ibom. Besides laying the architectural foundation for many of infrastructural masterpieces in the state today, the Victor Attah administration takes the credit for teleporting the state into the future and many years ahead of her contemporaries with world-class facilities like the 5-Star Hotel accompanied with a standard golf resort, etc. Undoubtedly, under the Godswill Akpabio led administration, Akwa Ibom went from being a mere geographical identity to a global brand. This era came with a rapid transformation of social and economic fortunes with corresponding attitudinal and mental reorientation. The “uncommon transformation” mantra of the administration sums up the aggressive developmental drive of that era.

In the last seven years and more, Governor Udom Emmanuel has been intentional about sustaining the tempo of development in the state. His tenure has seen Akwa Ibom recording first in many aspects of governance. Industrialisation, which has been the crux of the administration’s economic thrust, has given birth to many industries like the first-of-its-kind Jubilee Syringe Manufacturing Company, the Electricity Metering Solutions Company, etc. Despite its shortcomings, the administration has done remarkably well to position the state as an emerging industrial hub. The sincere commitment of these governments has ensured that as a people, we have cause to roll out the drums to celebrate the state every year. Notably, we have collectively seen to it that these celebrations get better each year.

The administration’s commitment to discovering and supporting talents was further demonstrated through the photography contest and exhibition where young photographers in the state had the opportunity to showcase their art and compete for cash prizes. The 35th anniversary essay competition saw three undergraduates winning cash prizes of N1,000,000; N750,000; and N500,000 for first, second and third positions, respectively. During the media parley with journalists as part of the activities to mark the anniversary, the governor promised to regularise the appointment of 35 casual staff of Akwa Ibom Broadcasting Corporation (AKBC). “Since Akwa Ibom is 35 years, 35 percent of them is regularised effective October 1”, Governor Emmanuel said. “I give them that as anniversary gift.”

The anniversary has so far been a bumper harvest of life-touching projects across the state and lifetime honours and opportunities for various indigenes. However, the celebration is not yet over. For instance, the 29km Etinan-Ndon Eyo Road will be commissioned today by the former president of Nigeria, Olusegun Obasanjo. “The project which was conceptualized, constructed and completed by the Udom Emmanuel Administration, passes through Etinan and ONNA Local Government Areas and empties into the East West Road”, the State Commissioner for Information and Strategy, Ini Ememobong wrote.

The commissioning of the 18,000 seater Eket Stadium and the stadium access road are also part of the activities to mark the 35th anniversary. Apparently, the theme of the anniversary lecture, “Akwa Ibom State: The Journey to World Class” perfectly captures the essence of the event. Agreed, we are not yet there, but the glamour of this 35th anniversary is a strong indication that we have come a long way in the journey to reaching the Akwa Ibom of our dream.