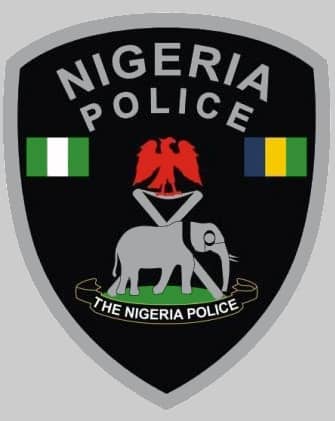 A Deliberate and Calculated Blackmail Against a Diligent Police Officer

The attention of Concerned Citizens Network Of Nigeria has been drawn to a banal, hollow and unsubstantiated allegations trending on mainstream and social media platforms targeted at destroying the diligent and well accomplished career of CSP Celestine Umeh to the detriment of the Police Force as institution and Nigeria as a country. Ordinarily, we would have ignored these wild, cheap and senseless allegations orchestrated for the purpose of achieving sadistic ends, but the overall demand of setting the records straight and redeeming the image of an officer who has sacrificed so much to the Nation and still has more to offer has gnawed on our conscience and imposed the need for us to rise to the occasion and save the victim and our Nation from the blackmail of these sadists.

In doing this, we are well aware that if the facts are not made available to the public, the integrity of the officer and, indeed, that of the Police Force may be put on public trial without the benefit of fair hearing and the whimsical allegations may surreptitiously creep into public space to be accepted by the unsuspecting public as truth. The allegations are as spurious as there are illogical. Mr Etim Asuquo who claims to be doing business in Calabar while his family resides at Aba Ukpo Estate said in the report that he had known that the wife, Mrs. Lawrentia Asuquo was having an affair with CSP Umeh. But he failed to take reasonable steps to address such moral/matrimonial infraction.

There are extant authorities that he would have reported such matter to . The question is , did he report such matrimonial aberration to anybody or any authority. If the answer is NO, then the story has the trappings of a cooked up story contrived to undo a target he may have had some axe to grind with. Our culture frowns irreversibly at a woman who someones wife is condescending to compromise her fidelity outside matrimony. No responsible husband waits to congregate a council before he takes action to address such moral question. It is often treated with despatch if the veracity of the claim is authenticated. But Asuquo had to take time to plot his lie claiming he wanted to catch them red handed. Who does that while someone continues swathe in sexual escapade with your wife! If his plans to catch them red handed are anything to go by, what was his level of preparedness for such moment? The digital age has easily reduced the burden of proof to physical or visual evidence. If, according to Mr. Etim Asuquos claim that he caught Mr Umeh and his wife, Lawrentia in a sex session, why did he not use his phone to take a pictures or video the act to serve as evidence to corroborate his claim.

As an enlightened business man who had heard so much about the wifes acts of infidelity, he did not need to be told to procure such evidence. But Asuquo did not because he had no information about the wifes escapades. His attempt to contrive a story that can do maximum damage to Umeh is weak because he did not envisage the outcome of the matrimonial crisis he has brought upon his family. Some of the allegations preferred by Asuquo against CSP Umeh are vague and rather preposterous. Asuquo claims that he caught Umeh and his wife enjoying themselves on his matrimonial bed, and we ask the question what is the meaning of enjoying themselves? That sentence lacks explicitness in a matter considered as serious and which borders on the destruction of ones public service career. One of the curious aspects of Mr Asuquos narrative is the claim that he brought the cousin, Mr. Patrick Okon Edet to serve as witness. Well, we do not know the age of Mr. Asuquo but suffice it to say that his story line is porous and childish. What was Mr Patrick supposed to come and witness? Is he a Law officer? What is his credibility status? According to Asuquo, Patrick is his cousin, so what does the public expect from Patrick other than corroborating the unfounded allegations of his cousin.
What Asuquo, if he was in the line of truth ought to have done was to call a Law enforcement officer or a lawyer to bear witness to his claim . But because there was no such scene, it was difficult to procure a witness of truth, thus the recourse to the cousin and his house- help whom we are sure, he cowed into the illicit partnership of lying against CSP Umeh. If the story of one of the neighbours in the estate is anything to go by, then Mr. Asuquo erred procedurally in the action he took. Even if we accept without conceding that he found CSP Umeh in his compound, he ought to have sought to know his mission there being a Police officer and perhaps seek the assistance of his neighbours in the honest and genuine enquiry and not resort to the scandalous use of violence when he knows that he is limited in capacity in that regard as compared to his opponent. His action obviously escalated the violence that resulted in the temporary detention and the pending matter in court.

It is always an act of wisdom not to allow emotions to becloud ones when confronted with a challenge especially when such a matter borders on emotions. Mr. Asuquo certainly had some preconceived notions and plunged into action without reasoning. But must he allow his inability to manage his emotions to jeopardize the sterling and unblemished career record of someone whose value to the Nation is unquantifiable? Finally as a body that is committed to the evolution of a Nigeria where all and sundry enjoy equal rights, we wish to also appeal that people who view themselves as disadvantaged must not also exploit their condition to ram rough shod at others whom they perceive as doing better as a way of evening scores especially if such actions are directed at attenuating someones career. That is what these unfounded allegations suggest to us.
Mr. Ubong Effiong, Public Relations Officer Concerned Citizens Network of Nigeria