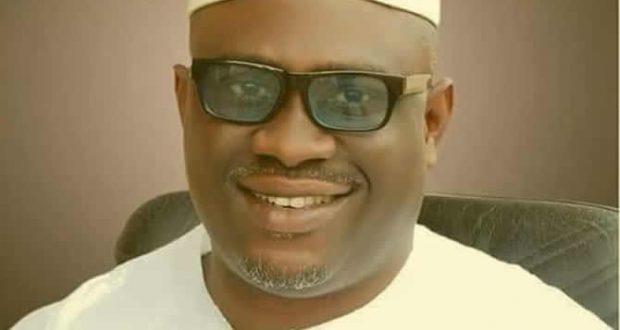 Rt. Hon. Aniekan Bassey of Uruan State Constituency, Akwa Ibom State House of Assembly has emerged the Speaker, Seventh Assembly which began today, Monday, June 10, 2019 with the swearing-in of 25 members out of the 26 State Constituencies available in the State.

With the inauguration of House, Bassey would be the 12th Speaker for the next four years tenure of the present Assembly, all things being equal.

The Clerk of the House, Mrs. Mandu Umoren after seeking the consent of other members of the House declared Bassey Speaker of Seventh Assembly.

Princess Felicia Bassey was also the Deputy Speaker in the Sixth Assembly.

However, the oath taking of members was witnessed by the Deputy Governor of the State, Mr. Moses Ekpo, past Speakers and former Legislators, Akwa Ibom State Chairman of Peoples Democratic Party and the party structure, Mr. Paul Ekpo,Traditional Institution and other political stakeholders in the state.

Rt Hon. Udo Kierian Akpan is the longest serving lawmaker in the present Assembly as he been a member of the House in the 5th, 6th, and 7th Assemblies. He was highly recognised by his Colleagues in 6th Assembly as a stabilizer of government business given his wealth of experience in the legislative business. Sir Udoh Kierian Akpan was also the House Leader in the Sixth Assembly.

Barr. Aniefiok Dennis of Etinan State Constituency is the Deputy Leader of the House.

Earlier on, in his inaugural speech, Speaker Bassey described the event as a new dawn in the annuals of Akwa Ibom State and thanked his Colleagues for unanimously accepting him to pilot the affairs of seventh Assembly.

He congratulated his Colleagues for emerging victorious at the poll and sued for unity and team work amongst members.

“We all belong to each other, we all need each other, it in serving each other and sacrificing for common good that we find our true life”. He assured.

Speaker Bassey further Commended members of the press for contributing effectively to the success of sixth Assembly and sued for sustainable partnership between the legislature and the press community as he promised maintaining a more transparent and accessible relationship with them.

While assuring people the readiness of the House to give a robust representation to constituents, the Speaker thanked Akwa Ibom people for believing and appreciating the developmental strides of the present government and assured that 7th Assembly would work in partnership with all arms of Government.