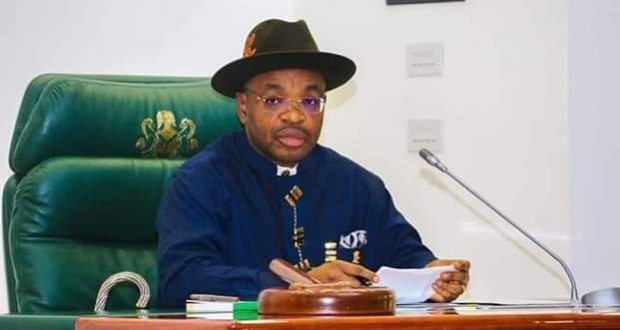 The Akwa Ibom State Government on Friday, February 7,2020, met with the
the management team of IGIT Shipping and Logistics,who have indicated interest to take over and manage the Akwa Palm Industry in the State.

The meeting was presided over by Secretary to Akwa Ibom State Government, Dr Emmanuel Ekuwem on behalf of the Governor,Mr Udom Emmanuel.

Recalls that in 2019, the Governor of Akwa Ibom State,Mr Udom Emmanuel represented by Dr Ekuwem inaugurated a Task Force for the reactivation of the Akwa Palm Industry.

At the occasion,the SSG said the inauguration was in line with the commitment of Governor Emmanuel’s administration to revamp the economy of the state.

The SSG said, Governor Emmanuel’s administration was “deeply committed to the industrialisation of the state, diversification of the economy of the state, creation of jobs for young people in order to take them off the streets and make them have a sense of purpose.”