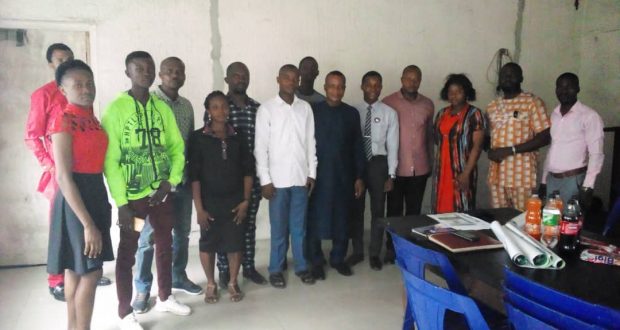 The International Network of Christian Students/youths has set up a thirty-four man committee to organize activities for the 20th Anniversary of the creation of the association, slated for November this year.

Speaking at the inauguration of the Committee, the International President, Ambassador Chris Akpan urged members to package an anniversary worthy of the association.

He charged the committee to ensure that the 20th Anniversary of the INOCS is memorable but introspective.

Akpan said the event is expected to afford the unique opportunity to celebrate the group and be thankful to Almighty God for taking the them far.

He further noted that the celebration will also be used to take stock of Achievements, and to chart a new course to further enhance the group’s development.

Ambassador Akpan lauded achievements of past leaders as well as the formidable Advisory Council, emphasizing that they have build a solid foundation for the association to growth.

He charged committee members to be dedicated in the discharge of the duties assigned to them.

The anniversary committee was served with the following terms of reference: Outline various activities that will portray the celebration. Identify national and international guests that will be invited.
Outline the role of the special guest.
Ensure that each partner involved is well informed of their roles and keep in touch to make sure they are taking their roles seriously.
Reporting to INOCS leaders about the progress of the plan stage-by-stage and do any other thing that will enhance the successful celebration among others.

Mr. Akan Davies on behalf of the committee appreciated the leadership for giving them the opportunity to serve the group in this capacity. Promised to delivered on the mandate given to them, call on God help them to execute the exercise successfully.