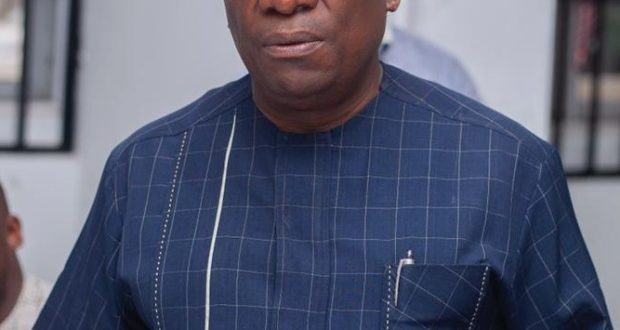 2023 GUBER: Where Iniobong Essien sits in the politics of sample size

When Taro Yamane, the famous Japanese statistician, devised a formula for estimating or determining sample size for population under study known as “Taro Yamane Formula” made popular in 1967, allowing inferences and conclusions to be drawn from surveys, no one would have posited that politics and government would someday resort to sampling techniques to choose aspirants in a quest to balance a political scale, curtail jeremiads or avert internal fracas, calling it streamlining, zoning or whatever name they deem fit.

Sample size, allows room for considering demographics such as age, gender, and geographical setting to ensure that the total sample accurately represents the population.

Pardon me for trying to sway your minds from the bone of contention: “politics of succession”. It was needed as a guiding light to put records straight, afterall, ‘politics is a game of numbers’ and the phrase is still far from being a clichè.

The highly anticipated 2023 elections draws nigh by seconds, it flare stares us right in the face, with political jobbers x-raying their next moves, aspirants rehearsing new dance steps and sourcing for funds, entertainers composing songs and ballads even in their dreams to tease their principals.

Bloggers prepping their gadgets, scribes spreading their parchments and dipping their inks, groups coming up with innovative kind of “Nkakad” (political antics) just to be noticed and handed a slot, both the glitter-wearing and wrapper-tying ladies taking their favourite spots, ready to play cheerios to their ‘Incomings’.

Delegates making early plans on what to spend on when they eventually ‘cash-out’, the branded fez cap wearers even doing so with all sense of gloat, all is set for the economic boom that accompanies a pre-election year.

Loudly, the gavel has been banged. It’s the turn for Uyo Senatorial District or Akwa Ibom North-East to produce a governor. The scheming had long begun over which federal constituency should be awarded the exclusive bragging rights; that couldn’t have been done without dipping fingers in the oil of history and having a taste of it.

Unarguably, late Otuekong Idongesit Nkanga then a Wing Commander was posted to Akwa Ibom on a military assignment (From 5th September 1990 to 2nd January, 1992.)

He then became the first indigenous Governor of the State, succeeding Colonel Godwin Osagie Abbe. Otuekong Nkanga was from Nsit Ibom in Etinan Federal Constituency, a dispensation which lasted about 16 months.
Then came the first Civilian Governor of Akwa Ibom State, Obong Akpan Isemin
( 2nd January, 1992 – 7th November,1993) with yet another shortlived tenure of 23 months. when put together, the total time of the two administrations amount to a stint of 39 months for two Governors, still less than 4 years.

Undoubtedly, Ibiono Ibom on the other hand are yet to produce someone for the plum job in the state. Juxtaposing the two federal constituencies, one will agree with or understand why they seem to be at the forefront, agitating for their voices to be heard, equity acts in personam not in rem.

Analysing the political curves of the state, these two areas are already making resounding statements by sending their best Generals to the battlefield.

In Etinan Federal Constituency; We have a political leader, lawyer, former Commissioner, two-term Senator and business man already revving for the race.

The governorship ambition of the grey-bearded money bag from United States, who is preaching prosperity is an open secret.

The slim-jim, lanky-looking lawyer and lawmaker is also in to amaze the people with ‘quotes’ and his grace.

A former oil magnet and lawyer, a sitting Governor’s name sake, has people far and near drawing the backdrop for him while he harps on education as his mainstay.

The fair skinned hotelier and clergyman, is also yet to throw in the towel, still strategizing his new moves and is enjoying frenzied media attention of late.

Already 5 of them by my count, more might still emerge.

Then coming to Itu/Ibiono Federal Constituency ;

The always swanky two-term Senator, and his cultlike followers acting like they are a pole away from Hilltop mansion, already organizing thanksgivings, praise and worship nights , although not tripartite like that of Mr humble servant.

With Mr smooth talking lawyer, the Comrade in ‘Uyo white house’ alleged to be seeking elderly blessings to push further.

Mr ‘Radio friendly’ Senator, and always vocal former lawmaker of the broom movement still yet to dismiss his chances of running or better making public his ambition and officially, afterall, he is an ‘Udo Mfoniso’.

Dr Iniobong Essien stands tall amidst these personalities, he fits more perfectly for the race with his impeccable records, going by experience, age, attributes, professional experience, self-worth and his unassuming and peaceful personality.

This writer deliberately excluded other potential aspirants from some federal constituencies to pin your focus and test your bias.

Politics of sample sizes entail the clustering of many aspirants thereby leaving people with a litany of options to choose from. It mostly plunges people into a trilemma over who to choose. The overall idea is to field in more persons from a certain constituency such that it becomes puzzling over who to choose, making it near impossible to be ignored or denied a chance.

Let it also be noted that since the re-emergence of Democracy in Akwa Ibom in 1999, no candidate formerly elected for any position has ever won as governor.

Obong Isemin was only elected governor, Arch Victor Attah only elected governor twice, Senator Akpabio served as Commissioner before winning governorship and Senatorial elections. Governor Emmanuel came in as Secretary to State Government, Notably, most faces in the race are those who have enjoyed elongated benefits of elective positions apart from a few which we already know what makes them tick.

Albeit, whatever their slogan is or in what or where they draw their strength from, none can be compared to what God can do, “God’s performance.”

Having been around the corridors of power, smelled the aroma of different administrations, dined and wined with first families, headed ministries of Environment, Science and Technology, Dr Iniobong Essien is more qualified to be the preferred one. He has no previous or impending cases with the EFCC or alleged cultism, not chasing a missing mase or refereeing a fight in the Hallowed Chambers or suspending other House Members. He is not accused of compromise on project siting, He has no record of abandoning his waiting job to seek power. He is still practicing medicine for more than 35 years now. If it goes by wide acceptability even across party lines, he is a golden child.

Dr Iniobong Essien, having worked closely with former Governor Attah on the Ibom Science Park project, successfully handled Chief Godswill Akpabio’s health for 8 years, manned two ministries in the State and currently sitting at the helms of affairs as Chairman of Ibom Airport Development Board.

It’s rather intriguing how he was found worthy to step into the big shoes of a man who led campaigns and installed two successive Governments.

A place formerly held by the first indigenous Governor of Akwa Ibom State? he must have been cut in the same mould, doesn’t that mean a thing or two to you?

Before you raise eyebrows, remember oddity has a place in this game called politics, hence the local name ”Mbre Ikid” (game of the tortoise). Dr Iniobong Essien is the most qualified, levelheaded and experienced man to maintain peace in the State, that is a known fact for “God’s Performance”is at work and should not be underrated because politics is local and can be well internalized irrespective of how old or how long you have been servicing your structures, some ‘structures’ can still be revamped or better still outrightly purchased.