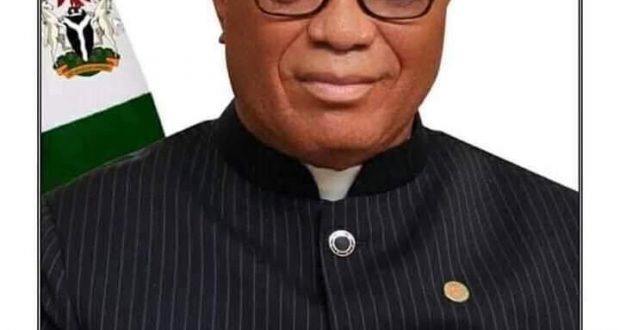 As 2023 general election approaches, a socio-political group in the state, “Ahead Ahead Initiative” has called on Honourable Commissioner for Lands and Water Resources Pastor Umo Eno to join the governorship race.

Speaking at an enlarged statewide meeting in Abak LG, Sunday, August 15, the State Coordinator, Hon. Victor Etim called on Pastor Eno to vie for the governorship seat of the state in 2023, as Akwa Ibom people greatly believe in his capacity to deliver the dividends of democracy, having seen his track records in different fields of endeavour, particularly in the agricultural sector when he was the Director, Directorate of Agriculture.

Hon. Etim maintained that Umo Eno has the requisite tools to enhance and expand the developmental strides of Akwa Ibom State owning to his vast humanitarian outreach, business acumen, exposure on a global scale, and strong grassroots structure.

“We are calling on Pastor Umo Eno to go for the seat of the Governor come 2023. The rest will be history because the group is ever ready to purchase his nomination form. Everyone knows his capacity. We want the Maintain Peace Movement(MPM) to adopt him as the governorship candidate of the Peoples Democratic Party (PDP). He is God-fearing, humble as a dove, home grown, competent and a faithful party man. He is the best for the state.”

The State Helmsman of Ahead Ahead Initiative said the Commissioner have carve a niche for himself and also made the state proud, adding that sending him to the hilltop mansion is a step in the right direction.

“We are conviced that if he becomes governor, Eno will place Akwa Ibom State in the global map,” he affirmed.

The group unanimously commended Governor Emmanuel for the existing peace in the State, noting that his strides recorded has turned around the economic fortune of the Akwa Ibom people.

Hon. Etim who is former Transition Secretary in Abak noted that Umoh has shown extraordinary qualities of a good leader since his debut in Akwa Ibom politics, posited that his adoption is based on his performance and how he has touched the lives of people describing his impacts as phenomenal.