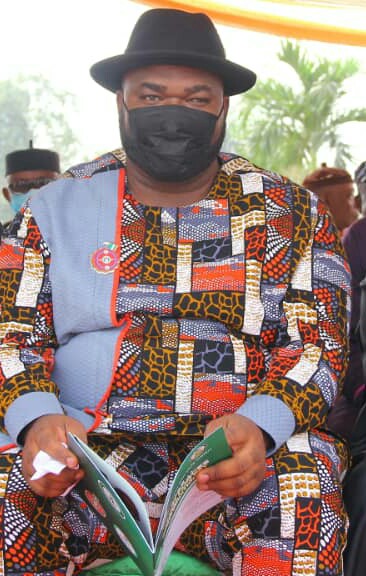 Speaking with newsmen at the weekend,Dr Enang said he has decided to throw his weight behind Barr. Udom Inoyo having painstakingly analysed the antecedents, backgrounds and experiences of all the front line contenders allegedly in the race.

Enang who is a strong advocate for proper ideology, excellence and value stressed that only Barr Udom Inoyo embodies the standing imperatives, by his scientifically researched and development centred criteria, which is expected from an Akwa Ibom 21st Century leader, of all the numerous aspirants he has under studied hence, his support.

He opined that governance must as a matter of priority and importance be separated from politics if the strides of the present Administration must be sustained and improved upon.

The renowned Engineer revealed that he only could arrived at such decision by purging himself of all sentiments, urging Akwa Ibom people to not trifle with the new opportunity in 2023 as the consequences would be dire.

He maintain that Akwa Ibom next governor must be one who is able to institute a systematic approach for governance to thrive and stressed that this is beyond mere politics and politicking.

He listed some of the imperatives to include one who embraces innovation, a man of high imagination,vast international exposure, contacts and reputation, credibility and sincerity, a clear and attainable blueprint and the commitment to push it through, adverse economic circumstances notwithstanding.

He advised politicians to understand what the future holds and accordingly allow their consciences be their guide as 2023 approaches saying, economic errors can no longer be condoned and easily forgiven.

The Oil and Gas Consultant demystified the fallacious notion that Akwa Ibom and Nigeria snail pace development despite their abundant human and material resources hinged on lack of committed leaders, saying the committed ones often times are never given the chance to lead when the need arises.

He attributed the lack of commensurate benefits from oil exploration and exploitation to the system’s inability to develop about seventy to eighty percent of the value chain (primary and secondary linkages) of the petroleum sub sector, calling on oil producing areas to make proper use of the newly signed Petroleum Industry Bill for a boost.