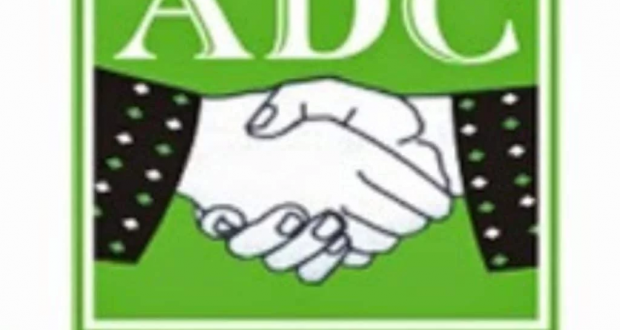 As political parties gear up for the commencement of campaigns ahead of the 2023 general election, Akwa Ibom Commercial Motorcyclists operators in Abak Local Government Area of the State, comprising indigenes and non-indigenes of the state, yesterday, declared their unflinching support for Arc. Eziker Nya-Etok who is the gubernatorial candidate for Africa Democratic Party, ADC. his running mate, Mr. Uduakabasi James Udoma and other candidates of the ADC, assuring that they were solidly behind them and the party.

Accompanied by Okada riders across the state who converged at the Arc. Nya-Etok’s resident, the Leader. Mr. Alex Sambo said they came here today to pay a solidarity visit to our brother, our son and our father, who they have seen the leadership qualities in him to lead akwa Ibom State to the promise land.

He said that they are pleased with Nya-Etok track record in the private sector hence their decision to support him, describing him as a peace-maker and a great achiever, they reassured him of their unalloyed support for all ADC candidates in the forthcoming general election.

Addressing the commercial motorcyclists, the governor hopeful, Mr. Nya-Etok advised them not to write off themselves but express hope and confidence that things will change for good, as he is well prepared to deliver Akwa Ibom State from bad bad leadership.

He noted that most Okoda rider’s “are well educated and exposed but due to bad economy of the country make them to vent for themselves, tomorrow will be great, he assured”.

Speaking when they paid a solidarity visit to the ADC candidates, the Deputy Governor in waiting, Mr. Uduakabasi James Udoma, said the people really want a changes of governance of Akwa Ibom State.

“We have drawed all our maps and policies, people across the state,across party lines will feel the impacts of our leadership” Udoma assured.

He said his Boss Nya-Etok is duly qualified in all ramification to man the affairs of Akwa Ibom State, having distinguished himself to be good ambassador, a seasoned Architect with global ranking in the housing sector.

Previous: Akwa Ibom At 35: My Zeal To work More is High~ Mkpat Enin Council Boss
Next: A Glamorous 35th Anniversary