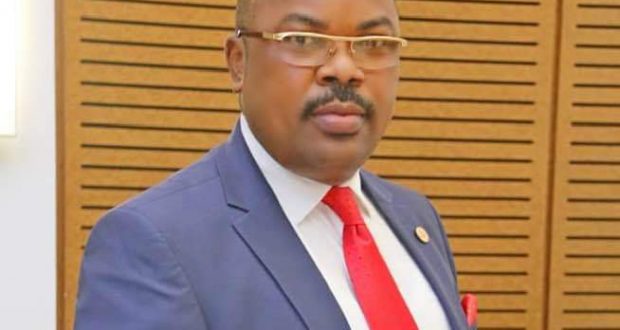 The Commissioner for Finance, Akwa Ibom state Mr. Linus Nkan, has disclosed that, Budget for 2022 Fiscal year will be ready December this year. Nkan made this known while interacting with journalists immediately after a stakeholders meeting Saturday, July 24, at Ibom Icon Hotel and Golf Resort, Uyo.

Finance Boss who led the Chairman, Akwa Ibom House of Assembly Committee on Appropriation, Rt. Hon. Uduak Ududoh, his counterpart at Committee on Economic Development, Barr. Esse Umoh, the State Accountant-General, Pastor Uwem Andrew Essien, Chairman, Board of Internal Revenue, Mr. Okon Okon, amongst other stakeholders in the sector, said it was to evaluate, scrutinize and thoroughly look at the current budget of 2021 so far, implementation and performance, what was allocated to where and what has been done and achieved, within the first half of the year.

He explained that “Resource Profiling”, a routine pre budget exercise carried out annually after and before every passing and incoming year’s budget is to ascertain its performance, do amendment and effect corrections where necessary.

Commissioner Nkan informed that the exercise basically involved looking at the various revenue Heads of government, sources of government revenue and the like, towards the process of preparing next year’s budget.

Hear him, ” Today, we invited stakeholders in the finance sub sector of Akwa Ibom State Government as it is normally the case by this time around, to put heads together and prepare the process of budgeting for next year by calling all the MDAs involved in budget preparation to chat a way towards 2022 budget.”

The State finance boss maintained that the exercise helps stakeholders simulate their expectations in 2022 having by the Resource Profiling, studied all sectors of the State where money was allocated in 2021, compared what has actually been done and make projections and forecasts for 2022, taking into considerations the Completion Agenda of government in line with its priorities.

Mr. Linus Nkan speaking further stressed that the process sets in motion the building up of data and information needed for 2022 budget preparation, harping on the timeliness of the exercise, to enable the sector deliver the 2022 budget not later than December this year, in line with global best practices.

According to him, he said the state government would ensure that the upcoming Budget does not negatively affect businesses, as they are going to intensified efforts in Area of domestic revenue mobilisation so as to have adequate resources to fund the 2022 budget.

He also linked the exercise to the Governor’s promise at the last State Executive Council Meeting to inject more funds into the State’s economy to stimulate the system, as the ” Governor does not play politics with development of Akwa of Ibom and her people,” Nkan stressed.

Nkan said by the Governor’s pronouncement, more funds will in the incoming weeks and months be paid out to various contractors handling government projects as well as MDAs who have had one approval or the other from the Executive, business owners particularly those doing business with government and urged private businesses to equally seize the opportunity to boost their endeavours for optimal profits.