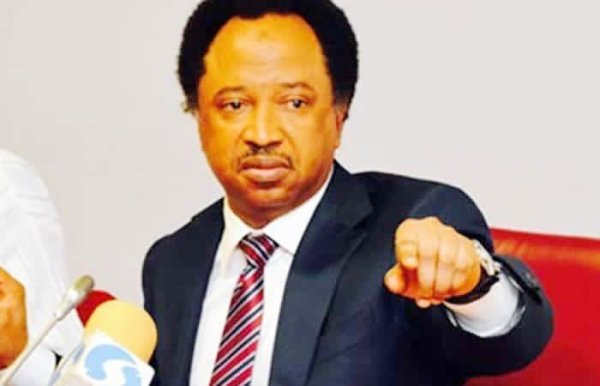 *Says Those Campaigning for President Insensitive, Greedy And do Not Value Human life

“There is no other alternatives to life. The president and his second term campaigners have no basis to seek for votes of Nigerians when Fulani Herdsmen and kidnappers have waged an unrelenting war against communities in the country, with scores killed and properties damaged. “To me, those campaigning for president Mohammadu Buhari’s second term are greedy and do not have value for human lives”

This was the message coming from senator representing Kaduna central and human right activist, Senator Shehu Sani. According to him, President Mohammadu Buhari  should forget his ambition of running for a second term next year and address the enormous security-related issues across the states

The senator said: “It is wrong to be talking about the re-election of Buhari as President when hundreds of lives are being lost and people are being massacred in different parts of the country.

“In a time of bloodshed like this, the issue should be how to come together and address the problem. But those marketing the President at a time of this bloodshed are like people dancing on the graves of Nigerians.

He lamented the level of attacks and killings by armed Fulani herdsmen in Benue, saying: “If we allow this trend to continue, it would threaten the peace and unity of this country.

“I advise people advising the President and strategising for him to contest the elections to spare him some time, advise him well and provide a solid strategy to end the carnage and atrocities that are going on in the country today.

“Human life is more important than politics because you cannot preside over dead people. The images we see in both social and traditional media is heart-rending and despicable.

“I can tell you that over a year ago, the President was in Zamfara State in military fatigue to address the problem of banditry and mass killing. The President should be seen in any part of the country where such violence occurs.

“The President must visit Southern Kaduna, Birnin Gwari, Taraba, Benue, Rivers and Adamawa states. It gives people some hope that their Commander-in-Chief is determined and committed to defend and protect them.”

“To have the President visit a place that is mourning over this kind of attacks going on in Benue State will speak volumes about his care and concern for the people that voted him. Even if he just comes and waves at us and says, ‘look, we are aware of what you feel. I have come to commiserate with you, I will go back and see what can be done.’