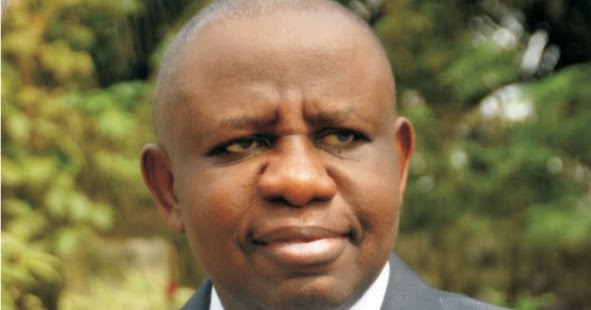 The immediate past state House of Assembly member who represented Eket state constituency in the Akwa Ibom House of Assembly, Hon. Ayang Akanimo Ayang, has spoken against attempt by his successor in office, Hon. David Lawrence Udofa to thwart the existing zoning of elective offices in Eket in 2019.

Mr. Lawrence, the deputy chief whip of the House of Assembly has expressed his intention to seek a second term in the forthcoming general elections in the country.

But, speaking exclusively to Radar newspaper in his country home on the political equation of Eket local government area, Ayang, a board member of Ibom Power Company, kicked against David Lawrence’s ambition, saying that, Mr Lawrence was elected to compete his term, since he (Ayang) did a single term and both Lawrence and himself hail from same Urban.

“David Lawrence agreed that he would complete my term, and after that, he would not contest again, so that Okon who is rightly entitled to the seat in 2019 can produce the lawmaker,” saying; “But all of a sudden, he started throwing money around the people thinking that he can overturn the zoning arrangement which does not favours him and his zone,” Ayang said.

The former Eket lawmaker observed that the zoning in Eket had existed long before David Lawrence came into Eket politics.

“He came into Eket politics in 2007/2008, and this zoning had been there 10 years before he came. He knew that Okon is made up of Eket urban. And that is the Ibibio speaking Eket. We have given them their shares in everything. They have gone to the House of Assembly; they had been the chapter chairman of the party; they had been the council chairman. And, in fact, the same zoning is applicable at the local government level, Mr Emmanuel Udoh came and did one-term and Aniekan Akpan came in and completed it from the same Okon zone; because Chief Samuel EdohoEket from urban had served six years of two-term. And when, it was time for this current chairmanship, behold 16 aspirants came out from the same zone of Eket central and we knew that, it was their turn.”

“During my second term aspiration, we had up to seven aspirants from Urban so they came to complete that urban’s turn of two term since I have done one term. Governor Udom Emmanuel had said and has been saying that he is a product of zoning and he will respect zoning.”

“It is true that a lawmaker can contest as many terms as possible without a barrier. But you see, for us to have peace, there is always a conventional arrangement for zoning. There are some local government that do just one term. They will finish from here and give it to the next zone. And the aspirants concerned will concede to the zone whose turn it is.

“I have said earlier, Okon is the Ibibio speaking Eket. For them to be part of Eket, we must not deny them their rights in everything. That is why I and other stakeholders stand with Okon zone for the 2019 house of assembly seat. Believing that it will bring peace in our area. If you believe that David Mark has been a senator for four or five terms, that was what his people wanted and zoning was not preached and practiced his area. As well speak, because of zoning that favours Okon zone, there are four aspirants from Okon zone and none from the Urban. You can go and carry out your check.

“The political leader of Eket, Chief Ndueso Essien who has a reasonable collection of stakeholders with him is for zoning, and we all stand for zoning.

“They alleged that I wanted to be appointed a commissioner. This is false and blackmail. I have never told Governor Udom Emmanuel to appoint me as commissioner in 2015. I looked for that appointment in 2007, when the stakeholders of Eket recommended me and three others to Chief Godswill Akpabio. And he appointed none from the list. So, when Governor Udom Emmanuel came in 2014, I told him to appoint a commissioner from Okon clan to balance Eket political equation. He is alive and I am on record.

“I am not contesting any election for now, but, the fear of certain persons have made them to say something negative against me because of my stance for equity and zoning for Okon people. For example, imagine them saying that ‘I have a certificate in catering.’ I have never read food and nutrition in school; I have never read anything that has to do with catering. If I have love for good food is because my mum was an Efik woman and she loved giving me good food. I am well read in Public Administration. Well-traveled. Truth has no expiring date. But lies do. All these lies will expire in 2019 after the election when an Okon person is elected into the state house of assembly. Quote me,” Hon. Ayang Akanimo asserted.